Why Chubb Ltd (NYSE: CB) stock is under pressure

Chubb Ltd (NYSE: CB) stock fell over 4.9% on 22nd April, 2020 (as of 2:19 pm GMT-4; Source: Google finance) after the company missed the earnings estimate for the first quarter of FY 20. Further, the restaurants in Florida and New Jersey have filed class-action lawsuits against Chubb Ltd. in federal court on Monday seeking coverage for coronavirus-related lost business income. The lawsuits follow a wave a legal action by numerous small businesses seeking declaratory rulings that their business interruption coverage has been increased by government-mandated shutdowns. The company for the first quarter of 20 has reported the net income of $252 million compared to $1,040 million prior year, and core operating income was $1,220 million compared to $1,170 million prior year. The quarter performance has been impacted on the back of financial market volatility in the credit, equity and foreign exchange markets, which impacted net income. 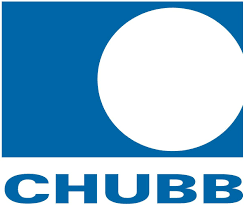 Moreover, the book and tangible book value per share had declined 5.5% and 7.5%, respectively, from December 31, 2019 and now stand at $115.64 and $72.29, respectively. Book value was unfavorably affected by total after-tax net realized and unrealized losses of $3.7 billion, that includes $2.2 billion in the investment portfolio. CB in the first quarter of FY 20 has reported the adjusted earnings per share of 55 cents, significantly missing the analysts’ estimates for the adjusted earnings per share of $2.57, according to REFINITIV IBES DATA. The company had reported the adjusted revenue growth of 35.9 percent to $2.48 billion in the first quarter of FY 20, beating the analysts’ estimates for revenue of $2.47 billion.

During the first quarter, the company had repurchased share of total $326 million at an average purchase price of $143.67 per share. Due to the current economic environment and to preserve capital for both risk and opportunity, the company has suspended further share repurchases indefinitely.