Cubic Corporation (NYSE: CUB) stock lost over 4.2% in the pre-market session of 19th November, 2020 (as of 4:01 am GMT-5 ; Source: Google finance) after the company posted mixed results for the fourth quarter of FY 20. Bookings grew 47% to $368 million, driven by Mission Solutions and transportation. Adjusted EBITDA was up 36% year-over-year to $104.2 million, due to strong performance in Mission Solutions, including the enterprise license renewal at Pixia and benefits from company-wide cost management initiatives. The adjusted free cash flow was strong at $87.5 million in the fourth quarter, due to working capital management. Backlog is up 8% year-over-year to $3.7 billion, and the company has an additional $1.3 billion of unused capacity on the key sole source IDIQ contracts. 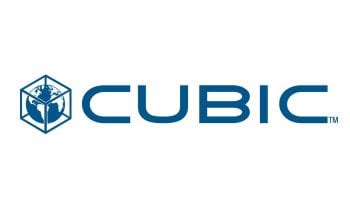 Moreover, for the Transportation segment, the bookings in the fourth quarter were $142 million, including the NextBus award for San Francisco Muni and Atlanta maintenance award and bookings in Trafficware and GRIDSMART. Fourth quarter sales of the segment declined 6% as reported and 8% on an organic basis to $239 million. Fourth quarter adjusted EBITDA for the transportation segment fell 1% to $45.7 million as the impact of lower sales was mostly offset by cost savings, resulting in a higher adjusted EBITDA margin. For Mission Solutions segment, the fourth quarter sales were $170 million, which reflects an increase of 21% on an organic basis, due to higher sales of rugged Internet of Things products. The fourth quarter CGD sales fell to $66.4 million, compared to $91 million in the prior year period. Fourth quarter CMS, adjusted EBITDA was at $59 million, which is more than double the prior year period. This is on back of higher sales of rugged Internet of Things products, and the contribution from the high-margin Pixia acquisition.