Enanta Pharmaceuticals Inc (NASDAQ: ENTA) stock lost over 9.5% in the pre market session of November 22nd, 2019 (As of 8:23 am GMT-5; Source: Google finance) as the company posted lower than expected results for the fourth quarter of FY 19. ENTA in the fourth quarter of FY 19 has reported the adjusted earnings per share of 44 cents, missing the analysts’ estimates for the adjusted earnings per share of 57 cents, according to Zacks Investment Research. The company had reported the adjusted revenue of $51.3 million in the fourth quarter of FY 19 compared to the total revenue of $67.2 million for the same period in 2018, missing the analysts’ estimates for revenue of $56.2 million. The revenue consisted entirely of royalty revenue earned on AbbVie’s global HCV product sales of $698 million. The decline in the royalty revenue quarter-over-quarter was on the back of lower global HCV product sales reported by AbbVie. Royalty revenue was calculated on 50% of Mavyret sales at a blended royalty rate for the quarter of 15%, and on approximately 30% of VIEKIRA sales at a royalty rate of 10% after adjustments for certain contractual discounts and rebates which historically have approximated 1.5% of AbbVie’s total reported HCV product sales. At the end of September 2019, the company has generated the Cash and marketable securities of approximately $400 million. 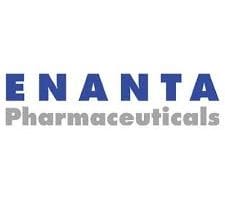 Moreover, for the third quarter, research and development expenses were of aggregate $38.7 million compared to $26.9 million for the same period in 2018. The increase was mainly due to greater clinical cost, which is associated with the progression of the wholly owned clinical programs in RSV, NASH, PBC and HBV including the three Phase 2 clinical trials. The company has incurred the General and administrative expense for the third quarter of $6.2 million, which is a slight increase to the comparable quarter in 2018. Enanta has posted an income tax benefit of $0.5 million for the three months ended September 30th 2019 compared to income tax expense of $8.5 million for the same period in 2018.