EnerSys (NYSE: ENS) stock lost over 2.7% in the pre-market session of June 2nd, 2020 (as of 9:03 am GMT-4 ; Source: Google finance) after the company posted mixed results for the fourth quarter of FY 20. The company has reported Net loss attributable to EnerSys stockholders for the fourth quarter of fiscal 2020 was $1.5 million, including an unfavorable highlighted net of tax impact of $49.0 million, or $1.15 per diluted share. Meanwhile, the company’s third quarter results got affected due to a fire in the Richmond, which is the KY motive power facility in late September, near the end of the second quarter. the company projects the disruption from the fire resulted in $30 million of lost sales to the third quarter. By the beginning of the fourth fiscal quarter, the company had mostly recovered from the fire operationally, and included in our initial guidance for the fourth quarter a recovery from our business interruption claim of approximately $15 million. The progress of the claim has been slowed by the COVID-19 virus and only $5 million received on April 1, 2020 has been reflected in the reported results for the fourth quarter. 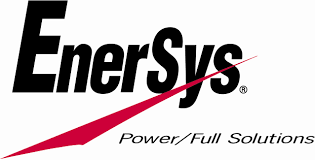 In March, 2020, the Company had suspended the guidance provided by it on February 5th, 2020 for the fourth quarter of fiscal 2020 due to uncertainty surrounding the impact from the COVID-19 virus and the Company’s ability to assess its results due to government actions to limit the spread of the virus.

ENS in the fourth quarter of FY 20 has reported the adjusted earnings per share of $1.11, missing the analysts’ estimates for the adjusted earnings per share of $1.22, according to the Zacks Consensus Estimate. The company had reported 2 percent fall in the adjusted revenue to $781.80 million in the fourth quarter of FY 20, beating the analysts’ estimates for revenue by 0.05%. The company has delivered a 2% sequential quarterly increase from the third quarter of fiscal 2020 net sales of $763.7 million. The decrease from the prior year quarter due to a 3% decrease in organic volume and a 2% deline in foreign currency translation impact, partially offset by a 3% increase from the NorthStar acquisition. The 2% sequential quarterly growth is primarily due to a 2% increase in organic volume and a 1% increase in pricing, partially offset by a 1% decrease in currency translation impact.