Why EXACT Sciences Corporation (NASDAQ: EXAS) stock is under pressure

EXACT Sciences Corporation (NASDAQ: EXAS) stock fell 13.67% on January 13th, 2020 (Source: Google finance) after the finished the $2.8 billion acquisition deal of California’s Genomic Health. Exact Sciences Corp. expects the estimated combined revenue earned by both companies for the recent fourth quarter to be in between $294 million and $296 million 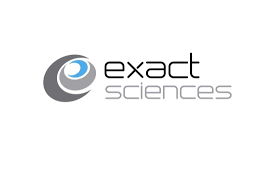 Exact Sciences is projecting to report 477,000 completed Cologuard tests for the quarter, which is a 63% increase when compared with the year-ago quarter. Oncotype DX test volume is expected to be 41,000, which is an increase of 14 percent For the 12-month period ending Dec. 31, 2019, the company expects the revenue to be in between $874.5 million and $876.5 million and full-year Cologuard test volume to be of 1.68 million, which is an increase of 80% compared to 2018.

Further after the combination with Genomic Health, the company now has the leading scientific minds, an experienced commercial team with deep relationships, and the global footprint necessary to underpin the growth of current and future cancer diagnostics. The combined companies had projected to generate revenue in the range of about $1.6 billion in 2020 and have a commercial presence in more than 90 countries with a cancer test portfolio that reaches across primary care, oncology, OB/GYN, gastroenterology and urology, Exact Sciences previously reported. Exact Sciences had also previously stated Cologuard has a total available U.S. screening market of $15 billion, with an additional $3 billion opportunity among people ages 45-49, while Genomic’s Oncotype DX portfolio of products, which offer screening tests for breast, colon and prostate cancer, has a total available market of $2 billion.

Meanwhile, the company had delivered the revenue of $218.8 million and had screened about 456,000 people with Cologuard during the third quarter ended September 30, 2019. Third-quarter 2019 revenue and test volume both had posted the growth of 85 percent and 89 percent, respectively, from the same period of 2018.