Facebook, Inc. Common Stock (NASDAQ: FB) stock lost over 6.6% on 30th January, 2020 (as of 11:03 am GMT-5; Source: Google finance). For the first quarter 2020, the company expects year-over-year total reported revenue growth rate to decelerate by a low to mid-single digit percentage point as compared to the Q4 growth rate. For the fourth quarter of FY 19, Monthly active users, has increased 8% to 2.5 billion, compared to expectations of 2.49 billion. However, the user growth in North America was a concern, as Facebook gained just 1 million new users in the U.S. and Canada from the previous quarter, to 248 million. In the same quarter a year ago, the figure was 242 million. 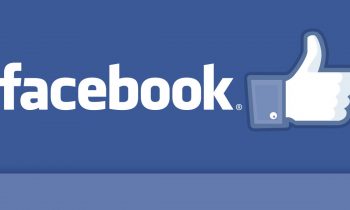 Daily active users reached 1.7 billion, up 9% compared to last year, due to the growth in India, Indonesia, and the Philippines. DAUs represented about 66% of the 2.5 billion monthly active users in December. Further, the company has recently announced 4 million advertisers are using Stories, up from 2 million this time last year. The company has ended the year with $54.9 billion of cash and investments.

FB in the fourth quarter of FY 19 has reported the adjusted earnings per share of $2.56, while reported the adjusted revenue growth of 25 percent to $21.08 billion in the fourth quarter of FY 19. The Q4 ad revenue was $20.7 billion, which have increased 25% year-over-year. On a regional basis, ad revenue growth rates were strongest in Asia-Pacific and Rest of World, which posted growth of 33% and 28%, respectively. Europe and US and Canada have posted growth more slowly at 24% and 22% respectively.

On the other hand, as part of the company’s FTC settlement, the company is committed to building privacy controls and auditing that will set a new standard for the industry going beyond anything that’s required by law today. The company has recently announced that they are rolling out a privacy checkup tool to nearly 2 billion people. The company has also introduced a new tool that notifies the person any time the account signs into a new service. Meanwhile, the company is working on is WhatsApp Payments. The company is working on several other efforts to help facilitate more commerce from Facebook Marketplace to Instagram Shopping to the work on Facebook Pay or the work on Libra.