Five Below Inc (NASDAQ: FIVE) stock surged over 11.7% on 10th June, 2020 (as of 11:26 am GMT-4; Source: Google finance) despite weak first quarter of FY 20, but reopen hopes triggered the rally. The company now expects the Texas DC to open late in the second quarter and to begin the building of the Midwest DC in 2021 with the expectation for it to open in 2022. The West DC is on track to open in the second half of 2021. The company had closed all the stores beginning on March 20, though now reopened approximately 90% of the stores. The Company had opened 20 net new stores and ended the first quarter with 920 stores in 36 states, which represents an increase in stores of 16.6% from the end of the first quarter of fiscal 2019. 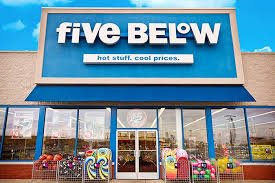 The company has reported a net loss of $50.6 million compared to a net profit of $25.7 million a year ago due to the closure of the stores for most of the second half of the quarter, which included the all-important Easter selling season. Due to the uncertainty related to COVID-19, the Company has not provided the sales or earnings guidance for the second quarter or fiscal 2020. The company continues to expect to open 100 to 120 net new stores in 2020, representing 11% to 13% growth over 2019. This compared to the previous plan for approximately 180 store openings. During the closure period, the company’s e-commerce business was very strong with record daily sales, which the company fulfilled out of Pedricktown and the newly acquired Cincinnati operations of Holler.com.

Furthermore, regarding capital expenditures, the company’s several projects were delayed due to Covid-19, including the openings of the Texas and Midwest distribution centers and the new store opening plans.