Why Gilead Sciences, Inc. (NASDAQ: GILD) stock is under spotlight

Gilead Sciences, Inc. (NASDAQ: GILD), maker of the closely-watched experimental coronavirus drug remdesivir, stock generated over 22.9% in this year to date (as of May 11th, 2020 ; Source: Google finance). For the first quarter of FY 20, the company intends to work with international partners for the expansion of production of the potential COVID-19 treatment. The company expects to have more than one million remdesivir treatment courses manufactured by December, with plans to be able to produce several million treatment courses in 2021. The company is in constant dialogue with the U.S. Food and Drug Administration about making remdesivir, which is given to hospitalized patients by intravenous infusion, that is expected to be available to patients as quickly as possible. Meanwhile, The U.S. National Institutes of Health has said that the preliminary results from its trial of remdesivir showed that COVID-19 patients given the drug recovered 31% faster than those given a placebo. In that 1,063-patient trial, the patients who received the Gilead drug has recovered in 11 days compared to 15 days for those who received a placebo. 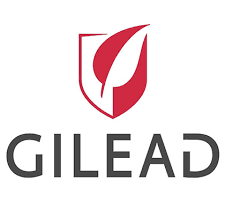 Further, the data from a trial run by Gilead, also showed similar clinical improvements in patients that had severe symptoms of COVID-19 like in treating SARS and MERS, regardless of whether they received five or ten days of treatment. Therefore, if the drug works well in half the time, there would be twice as much available for patients and the cost of therapy would be less. The European Medicines Agency also has started a ‘rolling review’ of data on the use of Gilead’s antiviral drug for the treatment of COVID-19.

Additionally, during the first quarter, the company had generated $1.4 billion in cash from operations. The company ended the quarter with $24.3 billion in cash and marketable debt securities. GILD has repaid $500 million of debt, paid cash dividends of $874 million and repurchased 19 million shares of stock for $1.3 billion.