Why Kornit Digital Ltd (NASDAQ: KRNT) stock is under pressure

Kornit Digital Ltd (NASDAQ: KRNT) stock fell over 2% on 19th November, 2019 (Source: Google finance) after the company in the third quarter of FY 19 has reported the revenue of 44.6 million, net of 5.1 million of warrants related to a global strategic account. The company’s Non-GAAP gross margin in the quarter fell to 44.5% from 51.1% in the prior-year period and 45.9% in the second quarter of 2019, mainly the result of 5.1 million or 574 basis points warrant impact. At the end of September 2019, Cash balances, including bank deposit and marketable securities were 250.4 million compared to 110.9 million as of September 30, 2018. 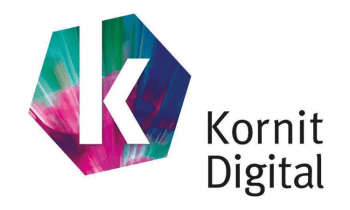 In the third-quarter, the business volume has increased 26.7% during the period, on the back of strong adoption of the recently introduced Atlas, Polypro and Presto systems and continued adoption of the HD platforms. During the third quarter, the company had sold multiple Atlas and Polypro system, as the strategic customer adopt these new platforms in preparation for the peak holiday season, positioning the company well for a peak consumable revenue as these systems ramping up for full capacity. The company has posted Services revenues from the third quarter of 3.9 million, net of 0.2 million warranty impact, that accounts for 8.7% of total revenues.

Further, by geography, 61% of the company’s sales were from the Americas, 27% from Europe, the Middle East and Africa and 12% from the Asia Pacific region. In Americas, the company has delivered a record quarter due to new customer acquisition and expansions within existing strategic accounts, including very strong volume from a global strategic account. In EMEA, the company continues to see good demand as the company convert pipeline associated with ITMA Barcelona last June. And the company’s performance in the Asia Pacific region was mainly due to good momentum with key accounts in Japan. Asia Pacific revenue in the third quarter posted impressive growth of 51% year over year. EMEA revenue grew by 2% over the prior period and has grown 8% sequentially.

Moreover, during the third quarter, the company had announced the installation of two Polypro systems at a Tokyo-based customer, Image Magic. This is an existing customer that serves a mix of corporate clients, that includes some of Japan’s leading apparel brands and general consumer through an e-com sales model. The installation of the Polypro expands Image Magic’s DTG capabilities to print on polyester and polyblends fabrics and significantly improves the efficiency of the operations.