Why Liberty Global PLC Class A (NASDAQ: LBTYA) stock is under pressure

Liberty Global PLC Class A (NASDAQ: LBTYA) stock has been in bearish momentum since the last three days as the company’s revenue from continuing operations fell by 0.6% to $2.84 billion in the third quarter of FY 19. However, in the third quarter of FY 19, the net income rose to $12.85 billion from $974.1 million a year earlier, mainly due to a $12.2 billion gain on the sale of operations in Germany, Hungary, Romania and the Czech Republic to Vodafone Group PLC. After the sale the company has 31 million consolidated fixed and mobile subscribers, that generates approximately $5 billion of OCF per annum, and an additional 15 million fixed and mobile subscribers and $2 billion in annual OCF from the VodafoneZiggo joint venture in the Netherlands. During the third quarter of 2019, the company had successfully completed the modified Dutch auction tender offers. The company was able to purchase about 100 million shares in total at a blended average price of just over $27 per share, which represented about 14% of the shares outstanding, for a combined total cost of $2.7 billion. The company currently has $10 billion of liquidity on the balance sheet. 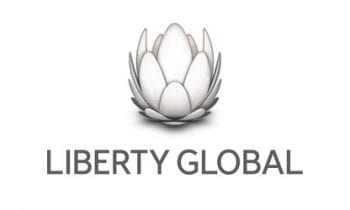 The company plans to switch its 3 million British mobile customers onto Vodafone Group Plc’s network. Virgin Media’s agreement with BT will end in late 2021 and will start using Vodafone’s network to offer customers faster 5G services before then.

LBTYA’s local unit Virgin Media do not have its own wireless infrastructure, so it has to buy wholesale access to one of the U.K.’s four national networks. According to estimates, Virgin Media has been paying between 150 million pounds ($193 million) and 180 million pounds a year under the BT contract, which will now be paid to Vodafone in the new deal that runs until 2026. LBTYA is making the distance from BT in mobile as it looks to bolster its fixed-line network and step up competition with BT’s national broadband business. Liberty Global’s dependence on other companies to sell mobile access has led to speculation it could buy a wireless network, such as Telefonica SA’s O2, using about $9 billion from the funds generated from the sale of continental European businesses to Vodafone.