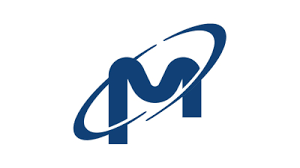 The company has reported fiscal first-quarter net income of $491 million compared to $3.29 billion, in the year-ago period.

Meanwhile, in the first quarter, the company had announced the acquisition of a small company called FWDNXT. The FWDNXT Deep Learning Accelerator, hardware and software technology, alongwith advanced Micron memory, will help to deploy neural network models from any framework into edge devices for inference. At Insight, the company had also launched the first 3D XPoint product, the X100, which is the world’s fastest storage device. Further, during the quarter, the company closed the acquisition of Intel’s stake in the IMFT joint venture.

Moreover, in DRAM, the industry-leading 1Z LP4 DRAM-based uMCP had the fastest revenue ramp of any product. The production mix on 1Z will increase throughout 2020. In NAND, the company is continuing to make progress on the replacement gate transition and expect to begin production on the 128-layer, first-generation RG node in the second half of fiscal 2020. DRAM revenue was $3.5 billion, representing 67% of total revenue in the first quarter. DRAM revenue rose 2% sequentially and fell 41% year-on-year. Bit shipments rose approximately 10% sequentially and on a year-on-year basis were up in the mid-20% range. NAND revenue was approximately $1.4 billion, or 28% of total revenue in the first quarter. Revenue grew 18% sequentially and declined 14% year-on-year. Bit shipments grew in the mid-teen percent range sequentially and in the mid-30% range year-on-year.