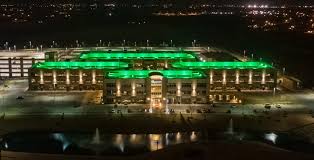 The company has ended the quarter with cash and cash equivalents of $182 million and total debt of $32 million. This debt represents a financing of construction at the corporate headquarters. the company has generated cash from operations of $82 million for the first quarter on the back of the strong revenue performance and the profitability of the business model. The average daily balance of funds held on behalf of clients was about $1.4 billion in the first quarter of 2020.