SL Green Realty Corp (NYSE: SLG), the real estate investment trust, based in New York, stock lost over 3.4% on 23rd July, 2020 (as of 12:38 pm GMT-4; Source: Google finance) after the company posted lower than earnings estimate for the second quarter of FY 20. SLG reported net income attributable to common stockholders for the second-quarter ended June 30, 2020 of $56.4 million, which declined from $161.1 million last year. Net income for the second quarter included a net gain of $65.4 million, recognized from the sale of the retail condominium at 609 Fifth Avenue. The prior year quarter result included $126.6 million of net gains from the sale of real estate and non-cash fair value adjustments. SLG has completed the Company’s “$1.0 Billion Plan” to receive incremental cash through the sale of real estate assets, the sale and repayment of DPE investments as well as financing and refinancing activities. At the end of June, 2020, cash, cash equivalents and marketable securities totaled $1.04 billion, excluding the Company’s share of unconsolidated joint venture cash of $111.2 million. 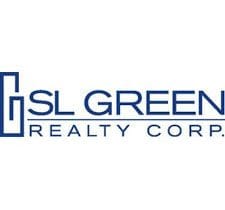 Moreover, during the second quarter of 2020, the company had signed 35 office leases in its Manhattan portfolio of aggregate 280,002 square feet. Twenty-nine leases comprising 226,308 square feet, which represents an office leases on space that had been occupied within the prior twelve months, are considered replacement leases on which mark-to-market is calculated.

Additionally, to date in 2020, the Company has repurchased a combined 6.2 million shares of common stock and units of its Operating Partnership, or OP units, under the previously announced $3 billion share repurchase plan, at an average price of $64.28 per share/unit, including 3.0 million shares of common stock and OP units at an average price of $47.66 per share/unit repurchased during the second quarter. In addition, during the second quarter, the Company received $488.4 million of cash through the sale of five DPE positions totaling $259.1 million of proceeds and repayments totaling $229.3 million. A portion of the proceeds from these activities was used to repay the Company’s DPE facility in its entirety.