Snap Inc (NYSE: SNAP) stock surged over 23% in the pre-market session of October 21st, 2020 (Source: Google finance) after the company posted better than expected results for the third quarter of FY 20. Snap’s net loss narrowed to US$199.8 million from US$227.37 million, a year earlier. Daily active users (DAUs), which is a widely watched metric by investors and advertisers, rose 18per cent year-over-year to 249 million in the quarter ended Sept. 30. while the analysts had expected 244 million, according to IBES data from Refinitiv. This represents an increase of 4% quarter-over-quarter and 18% year-over-year, demonstrating the benefits of years of investment in our product and partnerships across a wide range of geographies. In North America, DAU rose by 6 million or 7% year-over-year to reach 90 million. In Europe, DAU rose by 7 million or 10% to reach 72 million. In Rest of World, DAU rose by 26 million or 43% to reach 87 million. 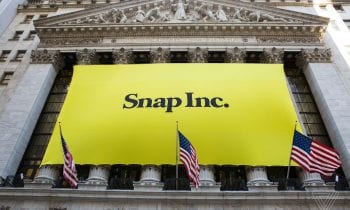 Moreover, the company generated free cash flow for Q3 of negative $70 million, which is an improvement of $15 million year-over-year. The company ended the quarter with $2.7 billion in cash and marketable securities, up from $2.3 billion in the prior year.

The company expects continued momentum in user growth and forecast about 257 million daily active users in the fourth quarter. Snap projects current-quarter revenue could grow in the range of 47% to 50% over the year-ago period, but cautioned that it was unclear how the pandemic would affect year-end holiday advertising