Why Transocean LTD (NYSE: RIG) stock is under pressure

Transocean LTD (NYSE: RIG) stock fell over 4.5% on Feb 18th, 2020 (as of 11:12 am GMT-5 ; Source: Google finance) after the company posted lower than expected results for the fourth quarter of FY 19. The company has reported adjusted net loss of $263 million, excluding $212 million of net favorable items compared to adjusted net loss of $234 million, in the prior quarter. The company has posted decrease in adjusted EBITDA to $223 million, compared with adjusted EBITDA of $245 million in the prior quarter; and the company’s contract backlog was $10.2 billion as of the February 2020 Fleet Status Report. The company’s liquidity with the industry‑leading $10.2 billion backlog, offers the financial stability to continue to invest in the people, the maintenance of the assets, and new technologies that will further differentiate the company in the eyes of the customers and shareholders. Meanwhile, going forward, the company is mindful of the risks COVID-19 presents to near-term oil demand. Further, as the utilization across the floating fleet improved for the first time in over five years, and dayrates for high‑specification ultra‑deepwater assets grew 75% over the course of the year, the company projects that 2019 will mark the beginning of the much-anticipated recovery in the offshore drilling industry. 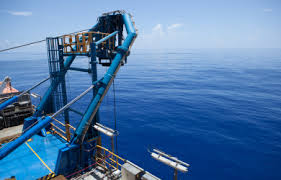 The company has generated Cash flows provided by operating activities of $147 million, compared to $91 million in the prior quarter. The fourth quarter increase was on back of increased cash received from the unconsolidated affiliates for delivery and mobilization of Transocean Norge. Fourth quarter 2019 capital expenditures were of $128 million, that were related to the company’s maintenance capital which includes the reactivation of Deepwater Corcovado and Deepwater Mykonos and the newbuild drillships under construction. This compared to $121 million in the previous quarter.

RIG in the fourth quarter of FY 19 has reported the adjusted loss per share of 43 cents, missing the analysts’ estimates for the adjusted earnings per share of 30 cents. The company had reported the adjusted revenue of $792 million in the fourth quarter of FY 19, beating the analysts’ estimates for revenue of $816.8 million. Contract drilling revenues for the fourth quarter, increased sequentially by $8 million, mainly due to rig reactivations, including of the ultra‑deepwater floaters Deepwater Mykonos and Deepwater Corcovado. The quarter was also favorably affected due to higher utilization on the rest of the company’s ultra‑deepwater fleet and a full quarter of revenues from the newbuild harsh environment floater Transocean Norge.