Uber Technologies Inc (NYSE: UBER) stock rose over 8.5% in the pre-market session of Feb 7th, 2020 (Source: Google finance) after the company posted better than expected sales for its fiscal fourth quarter and a narrower than expected quarterly loss as the newly public company continued to grow its core businesses and lower its costs. Gross bookings, which includes the total value of ride-hailing and food delivery orders placed on the app, posted the growth of 28% over last year during the last quarter. This comprised a 20% increase in Rides gross bookings and 73% rise in Eats gross bookings, about matching the prior quarter’s pace of gains in its food delivery business. Uber also made efforts in cutting down overall costs during the fourth quarter, with its adjusted loss totaling $613 million compared to the $817 million loss in the year-ago quarter, including interest, tax and other expenses. 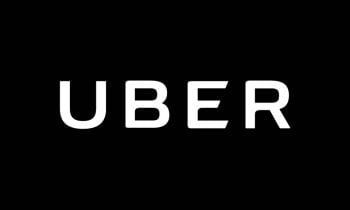 Uber’s Rides segment’s adjusted EBITDA was already positive on a standalone basis in the fourth quarter. UberX trips, which are typically costlier for customers and carries higher margin for the company than its shared-rides services, posted the growth of 26% in the fourth quarter, which is about matching the pace of growth from the third quarter.

Meanwhile, Uber had previously forecasted that it would achieve Ebitda profitability by the end of 2021, but the company now predicts that accomplishment in the fourth quarter of this year. This is possible because Uber began a belt-tightening program in the last half of 2019, which means exiting the unprofitable ventures and laying off about 1,000 employees. The company, as a result, has sold its food-delivery business in India to a local startup, Zomato, in return for a 9.9% stake in that company. The Indian business contributed only 3% of gross bookings in the first nine months of last year, but significantly accounted for a quarter of the company’s adjusted operating losses.