Vector Group Ltd (NYSE: VGR) stock rose 1% on September 13th, 2019 (As of 12:29 pm GMT-4; Source: Google finance) as the firm recently announced a project to build New Zealand’s largest solar array in the heart of Auckland’sNorth Shore, by floating it on top of the Rosedale wastewater treatment pond near the Northern Motorway. The project is funded and hosted by Watercare and delivered by Vector PowerSmart. First floating solar has confirmed for deployment in New Zealand. The project is located on Watercare’s Rosedale Wastewater Treatment Plant on Auckland’sNorth Shore. It is visible to road users heading north along State highway 1, which is adjacent to the site

First megawatt-scale solar system confirmed in NZ, which each year will generate enough electricity to power 200 average NZ homes for a year. More than 2700 solar panels (Vector Lights has 248) and 3000 floating pontoons. Largest solar project of any type so far confirmed in New Zealand and more than twice the size of the country’s current largest solar array. There will be reduction of 145 tonnes of CO2e each year, equivalent to the emissions from driving 66 cars in NZ. 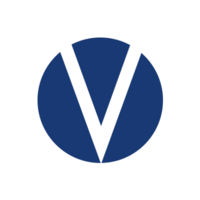