Why Vicor Corp (NASDAQ: VICR) stock is under pressure 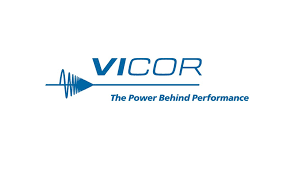 The quarterly operating income has increased to $6.1 million from the prior quarter’s $2.4 million, which represents the operating margins of 8.6% and 3.8%, respectively. Net income attributable to Vicor had totaled $5.9 million for the third quarter compared to Q2 2019 net income of $2.6 million. Cash and cash equivalents sequentially has increased by $9.7 million to $81.2 million, mainly due to a positive shift in working capital. Trade receivables net of reserves totaled $39.8 million at quarter end, up sequentially 4%, with DSOs at 44 days, which is a slight improvement sequentially, all balances recurring. Inventories net of reserves declined 9% sequentially to $49.7 million with declines in raw materials with and finished goods.

Third quarter revenue growth reflected a resumption of shipments to contract manufacturers on behalf of an existing data center customer. The production is resuming after the pause of the past two quarters. The company has also shipped preproduction volumes of Advanced Products for customers to use in their own preproduction activities.

Moreover, the quarterly revenue from Brick Products remained unchanged sequentially as double-digit domestic growth was offset by tariff and trade-related declines in China and Hong Kong as well as ongoing economic weakness in Europe. For the third quarter, the Brick-Advanced revenue split was 66% Brick, 34% Advanced compared to 76% Brick, 24% Advanced for the second quarter.

International revenue grew 27.6% sequentially on back of the aforementioned increase in Advanced Products shipped to offshore contract manufacturers, which is offset by a slight decline in exports of Brick Products. International revenue has grown 58% of revenue for the third quarter from 51% for second quarter. Consolidated gross margin as a percentage of revenue was steady sequentially, rising slightly to 46.6% from the prior quarter’s 46%.