Why Workday Inc (NASDAQ: WDAY) stock is under pressure

Workday Inc (NASDAQ: WDAY) stock fell over 4.1% in the pre-market session on 4th December, 2019 (Source: Google finance) despite third quarter of FY 20 performance. The firm raised the full-year guidance for sales in its biggest business, as more companies signed up for its cloud-based financial and human resources management software. However, Management cautioned investors on being “cautiously optimistic “ next year. Workday’s core Human Capital Management Software (HCM) got the benefit from enterprises transitioning to the cloud for managing their payroll and human resources. The company’s net loss narrowed to $115.7 million in the third quarter ended Oct. 31, from $153.3 million, a year earlier. 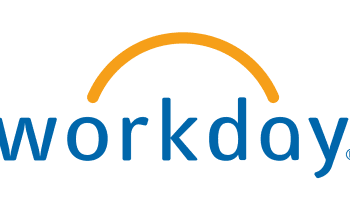 Subscription services revenue, which forms of over 85% of Workday’s total revenue, rose about 28% to $798.5 million, beating analysts’ average estimates of $785.01 million, according to IBES data from Refinitiv. Professional services revenue grew 18% to $140 million during the period.

Moreover, the revenue outside the US grew 38% year-over-year to $234 million, which formed 25% of total revenue. Subscription revenue backlog grew 22% to $7.19 billion year-over-year at the end of the third quarter. Backlog growth was on the back of strong results across net new bookings, add-on business and net retention, which was once again over 100%. The company posted the non-GAAP operating income for the third quarter was $143 million, resulting in a non-GAAP operating margin of 15.2%. Operating cash flow in Q3 was $258 million, which is more than double the operating cash flow from Q3 FY ’19

The company has raised its full year forecast for subscription revenue to be in the range of $3.085 billion and $3.087 billion from a range of $3.06 billion to $3.07 billion, which is above analysts’ estimates of $3.07 billion. Workday’s fourth-quarter subscription revenue outlook range also topped expectations. The company expects between $828 million and $830 million, while Wall Street were anticipating $827 million. The company has also raised its professional services revenue guidance to $529 million for fiscal ’20, as the company is focusing on driving the highest levels of customer success. For Q4, the company expects professional services revenue to be of $134 million.