Bitcoin looks ready to resume its climb to another set of highs after completing its pullback to the ascending trend line. This rising support zone has been connecting lows since December 10 and is keeping losses in check once more.

The 100 SMA is above the longer-term 200 SMA to indicate that the path of least resistance is to the upside. The short-term moving average also recently held as dynamic support, but a larger pullback could still find some buyers at the 200 SMA line in the sand.

Stochastic is already turning higher to reflect a pickup in bullish momentum. Similarly RSI is moving higher so bitcoin could follow suit and eventually test the record highs or even create new ones. 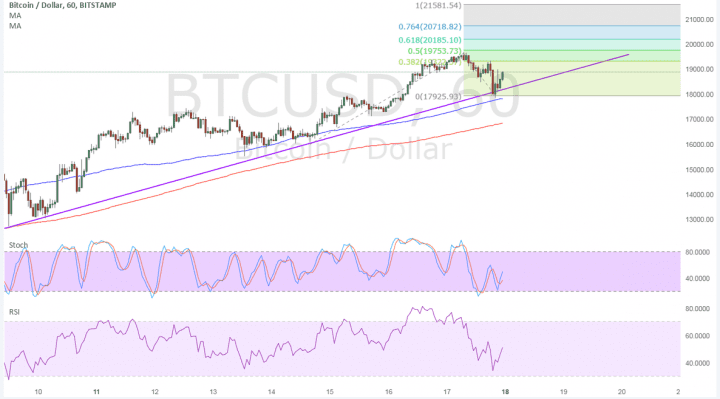 Still, the steady influx of funds from institutional and retail investors to bitcoin futures could prop price higher from here. After all, this could keep volumes and activity supported for the foreseeable future. Some analysts have even raised their price forecasts all the way up to $30,000 to account for this market development.