Bitcoin is hitting the resistance at the $12,000 area of interest where plenty of take-profit orders are probably located. Closing positions could lead to a drop back to the nearby support levels.

Stochastic is on its way down to show that sellers have the upper hand. RSI has room to fall after recently turning down from the overbought zone. Applying the Fib extension tool shows the next potential downside targets. 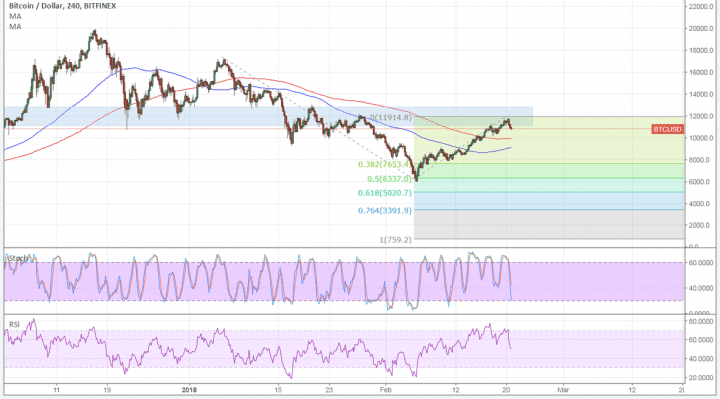 The US dollar has been performing well so far this week as stocks and commodities were hit by risk aversion. Note that bitcoin has been trailing these higher-yielding assets these days instead of taking advantage of risk-off flows.

Sentiment for bitcoin has improved last week as countries showed openness to further industry development. However, there are a few key officials like BOE head Carney who have pointed out the weaknesses of bitcoin as a store of value or investment vehicle.

On a more positive note, the second largest issuer of credit cards in India announced that it would not ban funding of crypto accounts using credit cards.