Hong Kong’s political crisis has made bitcoin more expensive in the region.

The world’s leading cryptocurrency by market cap saw its bid rate 4 percent higher in Hong Kong. Data from LocalBitcoins.com, a peer-to-peer cryptocurrency exchange, showed buyers paying as much as $12,000 for one bitcoin during Asian noon session today. Around the same time, the cryptocurrency’s international price was around $10,600.

Rayne Steinberg, chief executive officer at Los Angeles-based Arca crypto hedge fund, told Bloomberg that bitcoin is becoming “the asset of last resort” in areas undergoing a political or economic crisis. The financial analyst was also referring to Argentina, where the Peso dropped by 30 percent on election uncertainty and arguably prompted the regional bitcoin price to shoot up towards the $12,000 level.

“In the last week alone, Bitcoin is up approximately 50% against the Argentine peso and trading at a significant premium on local exchanges,” said Steinberg. “And they are not alone, joining the ranks of Venezuela, Hong Kong and Turkey who have also experienced similar shocks.”

The premiums on bitcoin reflect the cryptocurrency’s role in safeguarding investors’ capital. Both Hong Kong and Argentina is looking at an economic crisis. Just today, the Hang Sang index of Hong Kong extended its month-to-date drop to 9 percent as regional stocks took a massive dive into negative territory. Argentina’s S&P Merval Index, on the other hand, experienced its biggest crash since the 1950s, falling by 48 percent on Monday. The index maintained its downward sentiment on Wednesday as well, noting a minor spike of 0.13 percent.

Bitcoin’s Wednesday was not fantastic as well. The cryptocurrency dropped by 3.62 percent to now trade at $10,469 on BitStamp exchange. Its negative sentiments surfaced after the US government decided to delay its additional 10 percent tariffs on some Chinese goods, including laptops, video game consoles, and cellular phones. 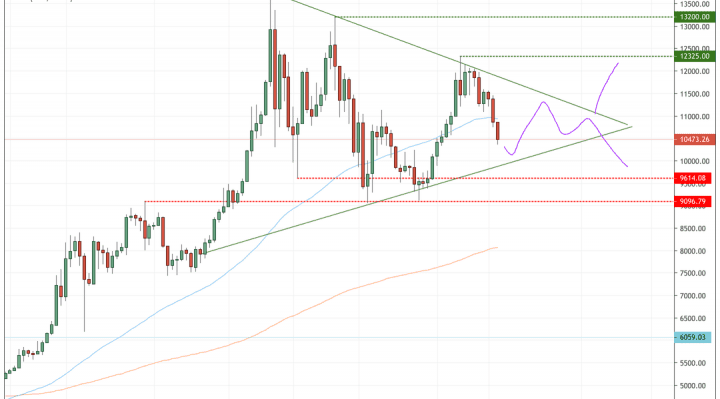 Alex Krüger, a noted market analyst, meanwhile stated that Argentines are not buying bitcoin to protect themselves against a dwindling Pesos. He said that Argentina is a dollar-denominated economy and their next-best safe-haven is the US dollar, not a decentralized asset like bitcoin. Excerpts:

“Contrary to popular belief, bitcoin awareness in Argentina is extremely low (outside of the tech industry, where it is high), and the Argentine bitcoin market is accordingly small. Argentina is a quasi-dollarized economy; Argentines are obsessed with and hedge with the dollar.”