Bitcoin Price Could Bottom at $6,000 this Quarter: Analyst

Bitcoin has corrected by more than 40 percent from its year-to-date peak of $13,868. And, according to a prominent analyst, the cryptocurrency is due for further declines.

Noted Twitterati Bitcoin Jack on Tuesday predicted that BTC could decline towards $6,000 in the current financial quarter. Such a downside move is likely if the cryptocurrency fails to hold $7,880 as its interim support. It could further break towards the range defined by $4,200 and $5,200 should the $6,000 fails to behave as a strong support level. 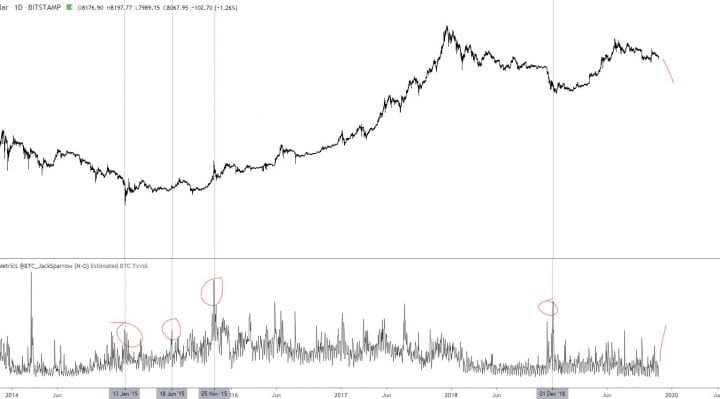 The interim downside prediction for BTC did not deter Bitcoin Jack from making long-term bullish calls. The analyst said the cryptocurrency could rally towards the giant valuation of $200,000 in the future. He noted that miners would start to gradually capitulate until the price crashes towards the $4,000 level. Nevertheless, investors should keep one eye glued to BTC’s on-chain activity. A higher number of transactions on the blockchain would reflect large over-the-counter deals being finalized.

“Shorts will close and the start of the next bull run becomes fact, targetting prices well beyond $200K,” the analyst added. “Keep an eye out for on chain volumes in Bitcoins; you can’t hide Capitulation leading in to consolidation with high volume spikes will be telling large OTC deals.” 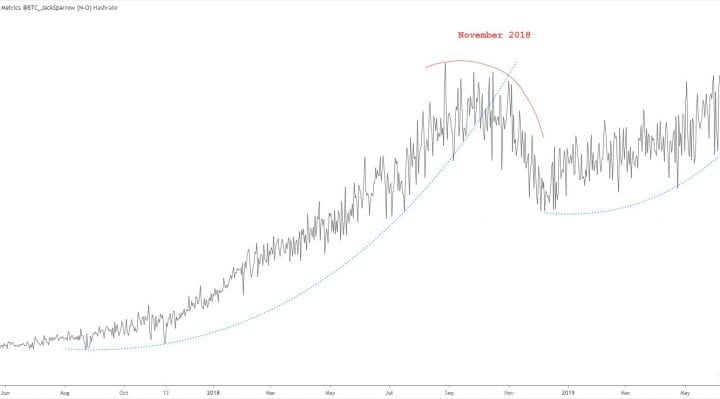 Like the bulls, bears also see $6,000 as a crucial level in determining BTC’s next interim bias. Popular cryptocurrency skeptic Peter Schiff said in October that BTC could fall towards $2,000 following a successful close below $6K. Excerpts from his statement:

“The Bitcoin chart looks horrible. Not only does the flag that followed the recent breakdown project a move to $6K, but we are close to completing the right shoulder of a head and shoulders top, with a $14K head, and neckline just below $8K, that projects a collapse to below $2K.”