Bitcoin Sells Off at $10.4K amid Massive Miner Capitulation

Bitcoin prices fell sharply from their quarter-to-date top this Tuesday on profit-taking sentiment.

The bitcoin-to-dollar exchange rate earlier topped ab0ve $10,400 after logging a surprising upside rally. The big move northward prompted traders to open new overleveraged long positions on derivative exchanges. But they caught off guard by miners who reportedly capitulated a massive chunk of their bitcoin holding in the open market. 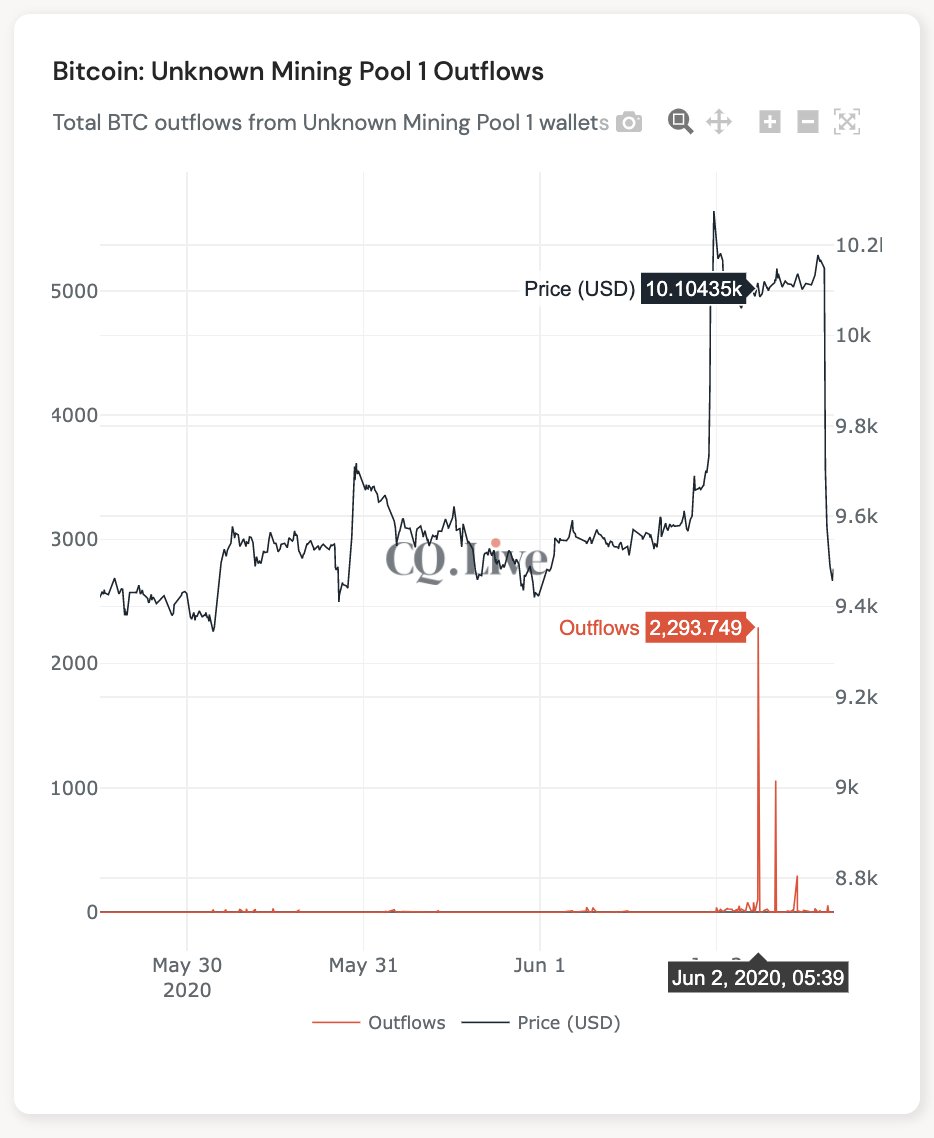 Significant outflows from an unknown miner before the dip | Source: Crypto Quant

It would have been a minor price drop but turned into a massive crash as more than $170 million worth of long positions got liquidated. On BitMEX, a controversial crypto derivative exchange notorious for offering 100x leverage, the bitcoin price crashed to as low as $8,600 after dipping by $1,500 in less than five minutes.

The price movements in the past 48 hours appear like a classic pump-and-dump scenario. Shady players artificially inflated the bitcoin price towards $10,400, leading small traders to open new positions in the northward direction. But as soon as price hit a local top, the big whale sold his holding. 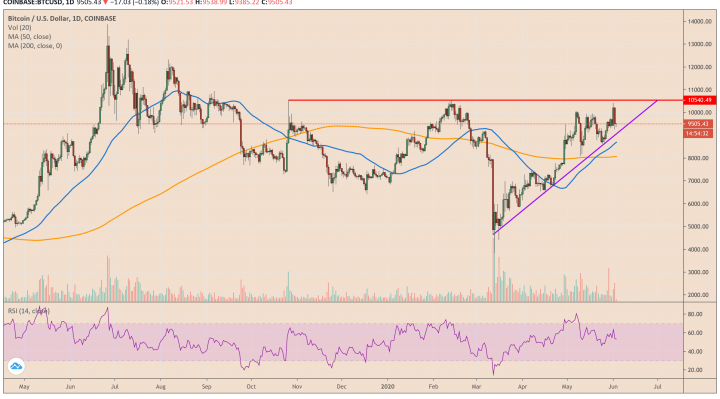 With the noise gone and thousands of traders under losses, bitcoin is now back to testing its previous support levels. The cryptocurrency is currently steady above $9,500, accompanied lower daily volumes. It shows the market is taking a breather after the massive pump-and-dump.

Bitcoin’s recovery from lower $9,000s on Wednesday also shows that traders are not entirely bearish. The purple ascending trendline in the chart above represents their likelihood of accumulating bitcoin after each plunge. Meanwhile, the red horizontal line shows the level where their bullish bias exhausts.

It is now likely for traders to retest the purple and pull the price back towards the red. There is always a probability of breakdown – below the purple or above the red, but the current bias conflict makes it a difficult guess. A majority of leading bitcoin technical indicators are neutral until the big move.