GBPJPY recently fell through support at the 157.00 major psychological mark and dipped to the 156.00 area before pulling back up. The pair could retest the broken support area to gather more sellers.

This lines up with the 50% Fibonacci retracement level on the breakdown move and the 100 SMA dynamic inflection point. Price is testing resistance at the 38.2% Fib or the 156.80 level, but a larger correction could still reach the 61.8% Fib at 157.33.

The 100 SMA is still above the 200 SMA to indicate that the path of least resistance is to the upside or that resistance is more likely to break than to hold. Then again, the gap between the indicators is narrowing to reflect weakening bullish momentum and a potential bearish crossover. 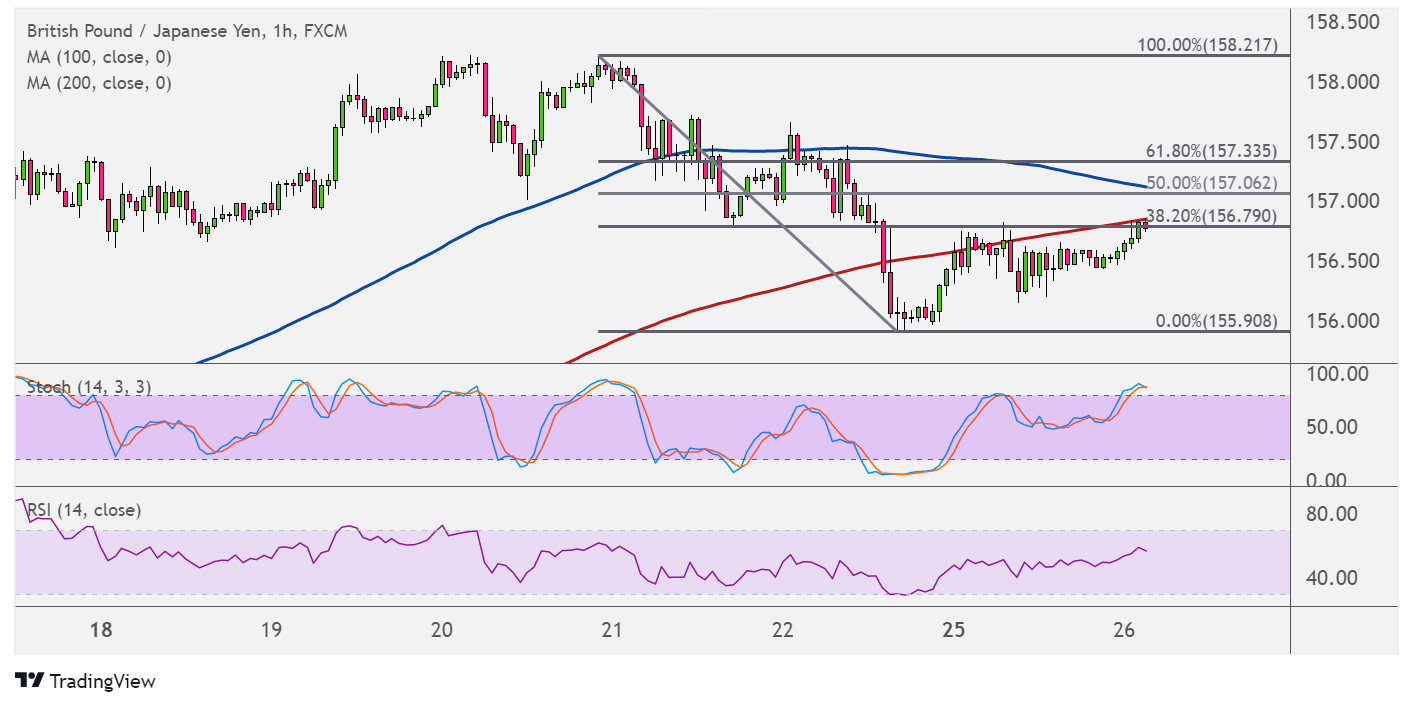 There are no major reports due from the UK and Japan today, so risk sentiment and expectations for upcoming events might drive GBPJPY price action.

The BOJ decision is lined up for Thursday and this might provide additional volatility for the pair. The central bank is widely expected to keep monetary policy unchanged, especially since Japan is still trying to recover from the impact of the pandemic and lockdowns.

Meanwhile, the BOE has been under pressure to hike interest rates sooner since the economy is facing the threat of stagflation. Price levels have been surging in the past months while spending remains feeble, and the supply crunch might drive inflation even higher.

Earlier on, though, the flash manufacturing and services PMI releases turned out better than expected and revealed a faster pace of expansion in both sectors.