Many cryptocurrencies (indeed thousands of them) have been launched in the last three years, mostly without any fanfare or colour. But when a cryptocurrency launch announcement is made by the 8th richest man in the world, it will definitely attract attention. That is why Mark Zuckerberg’s announcement about Facebook’s plans to launch its own crypto to be known as Libra, has ruffled not a few feathers.

Facebook is emerging from a very rough period in its history, as it has battled one scandal after another, mostly bordering on its handling of personal data of its nearly a billion subscribers. Now that it is about to challenge the institutional banking system in a scale that has never been conceived before, a lot of opposing voices are ringing out from all over the globe. 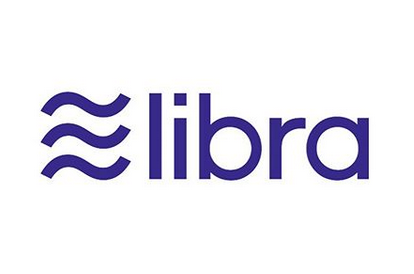 Scheduled for launch in 2020 with over 100 launch partners, Libra is going to be a new crypto that will basically function like money. You may like to call it money that resides inside your phone. You will be able to cash in your local currency at a convenience store or any other approved Libra outlet, and get the Libra equivalent loaded into a compatible wallet that accepts Libra. You will be required to verify your identity using a photo ID. Those who own it will be able to pay for goods and services, and it can also be used as a remittance currency. Transactions will attract very minimal fees; lower than what is currently available with credit cards. It will be compatible with several third-party wallet applications, and can also be held in a native wallet to be known as Calibra. This wallet will be built into Facebook’s existing applications such as Instagram, Whatsapp and FB Messenger. Given the sheer numbers of subscribers to each of Facebook’s platforms, Libra has the capability of being a completely independent financial ecosystem, which can allows users operate their day-to-day lives without ever stepping into a bank or using any form of fiat currency. Furthermore, you will not be required to fill in your real name or identity to any payments made using Libra, but the transactions will be publicly available since it is a blockchain-based technology.

To protect the privacy of Libra users, Facebook will warehouse the entire management of the Libra ecosystem to Calibra, making it completely separate from Facebook. In this manner, there will be no issues with selling of user data to third-party companies, or using Libra transaction data and spending habits to target the user with Facebook feeds and ads. You will be able to cash in your Libra for fiat currency. To avoid the excess volatility that characterizes some of the major cryptos, Libra will be fixed at a stable price and will be run by The Libra Association, a network of partners that will operate out of Switzerland. Membership of this association is drawn from card companies (VISA and MasterCard), non-profits (Kiva), ride sharing apps (Lyft), eBay and other venture capitalists such as Andreesen Horowitz. Each of these partners paid at least $10m to secure a node on Libra, which gives these partners voting power on the Libra Association Council.

Libra’s Suitability for Use as a Payment System

The reason behind Bitcoin’s unsuitability for large scale adoption as an alternative payment system is due to its wild volatility and slow transaction rates per second. Libra will be different. Firstly, the Libra Council will confirm every transaction for authenticity, and every fiat currency exchanged for Libra will go to the Libra reserve, which is a collection of international fiat currencies that will be used to peg the Libra and keep it stable. Stability of the exchange rate of Libra is the primary feature that will make this cryptocurrency suitable for use as a payment. Furthermore, Libra’s blockchain nodes will be capable of handling 1,000 transactions per second, as opposed to just 7 for Bitcoin.

Why the Opposition to Libra from the Government?

From the description of Libra’s capabilities and the goal to make it a global cryptocurrency that will be used in even the most interior of locations, it can be the first cryptocurrency that has everything needed to replace fiat currency in its entirety. It is therefore not hard to see why prominent voices in government and the international banking and financial system are crying foul.

Just how big is the scale of the opposition? The US Senate has already called for a hearing into the issue on July 16, 2019. Maxine Waters, the Chair of the House Committee on Financial Services in the United States, openly called for Facebook to stop the development of the crypto. In her words, anything that will compete with the US Dollar in an international location suchas Switzerland will be unwelcome. A Reuters report has also cited the Governor of Banque de France, Francois Villeroy de Galhau, as saying that a task force would be raised from the G7 countries to look into the issue. The French Finance Minister was more direct in his opposition to Libra, saying that allowing Libra to evolve into a sovereign currency would not be allowed to happen.

The real issues here are that Libra has the capacity to make Facebook a global behemoth that can stand up to any government as well as disrupt the international banking and money remittance systems. 90 million small businesses currently exist on Facebook but less than 10% of this number is actually using Facebook ads for their businesses. If these 90 million businesses start to accept Libra for online payments, the transaction fees as well as expected increase in advertising spend on all the Facebook-owned platforms such as Instagram and Whatsapp by these businesses will surely cause a massive increase in revenue for Facebook. When we also look at the close to 1.7 billion unbanked people across the world who have to rely on various means of money transfers to get by (charged at exorbitant rates), we can also see the potential that Libra will have. The strength of Libra is in the numbers.

However, concerns exist. Facebook has already said that it would not vet the developers who want to create apps on the Libra platform. This could leave the door wide open for hackers to develop and host apps on the platform that could not only steal personal information of Libra users, but also steal the digital currency from users directly.

Time will tell if Libra will be able to surmount the challenges that have arisen even before it is birthed. However, if it does sail through, Libra could be yet another crypto game-changer.