Natural gas has formed lower highs and lower lows to trend lower inside a falling channel on its 4-hour chart. Price is testing support and could be due for a pullback to the top again.

The 100 SMA is below the 200 SMA, though, so the path of least resistance is to the downside. In other words, support is more likely to break than to hold. The gap between the indicators is widening to reflect strengthening selling pressure.

However, RSI is already indicating oversold conditions or exhaustion among sellers. Turning back up would mean that buyers are taking over and could bring natural gas back up to nearby resistance levels. The top of the channel lines up with the $5.000 major psychological mark and 200 SMA dynamic inflection point while the mid-channel area of interest is at $4.500.

Stochastic has also been in the oversold region for quite some time, so buyers might be eager to return soon. 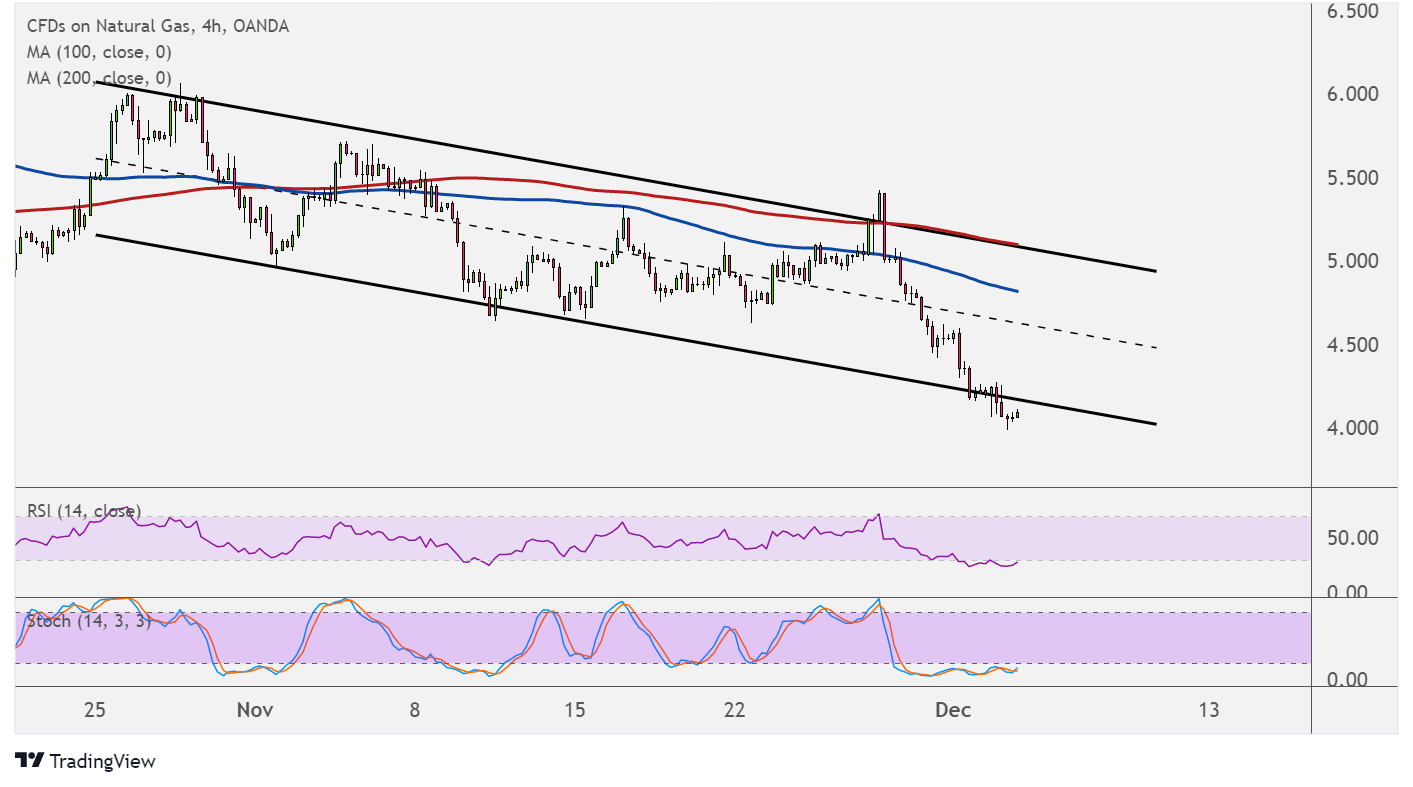 Natural gas has been on shaky footing, as risk aversion returned to financial markets on the emergence of the Omicron variant. This has spurred a selloff for higher-yielding and riskier assets like commodities over the past week.

In addition, weaker demand in the US owing to dropping temperatures is weighing on the commodity price. Still, the latest report from the Department of Energy showed a drop of 59 Bcf in stockpiles as expected, larger than the earlier reduction of 21 Bcf. Weather agencies continue to forecast a cooler than usual winter season, possibly propping up demand and prices later on.

Risk sentiment could continue to push natural gas prices around in the coming days, and a return in demand for higher-yielding assets could be enough to keep it afloat. On the other hand, persistent concerns about the pandemic and more travel restrictions could mean further downside for natural gas.