Natural gas is once again in correction mode as it pulls back to the rising trend line that’s been holding since the last week of December 2020. This lines up with an area of interest around the $2.700 mark.

The Fibonacci retracement tool also shows that the 61.8% level lines up with the trend line to add to its strength as a floor. If any of the Fibs are enough to keep losses in check, natural gas could recover to the swing high near $2.900 or higher.

The 100 SMA is above the 200 SMA to confirm that the path of least resistance is to the upside or that support is more likely to hold than to break. The 200 SMA dynamic inflection point lines up with the trend line to add to its strength as support.

Stochastic is already in the oversold region to reflect exhaustion among sellers, and turning higher would mean that buyers are ready to take over. RSI has a bit more room to move south before reaching the oversold region, so there could be some selling pressure left. 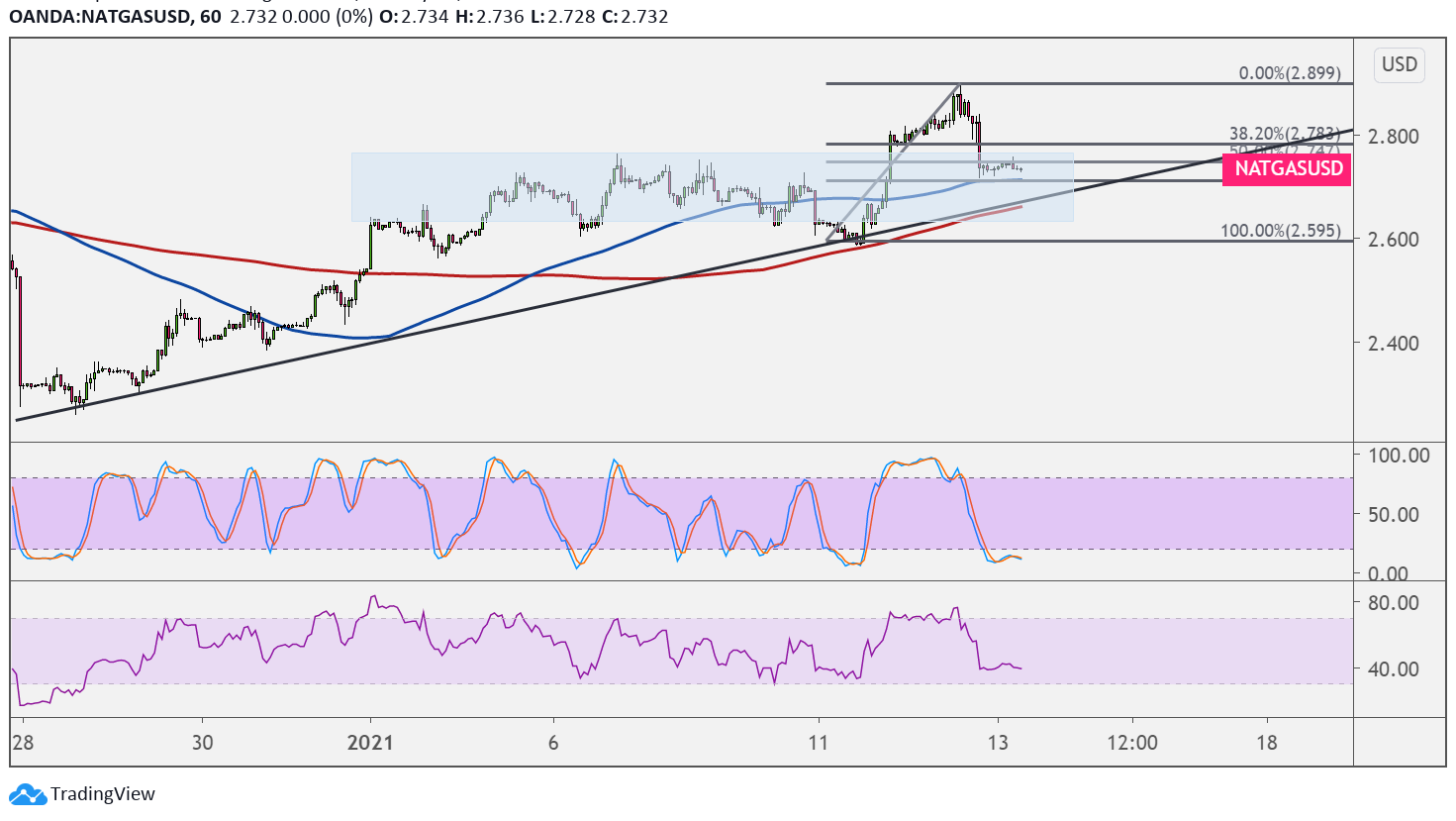 Natural gas has been trending higher as cooler temperatures are setting in all over the US and driving up demand for heating commodities. At the same time, risk appetite spurred by the vaccine rollout and government stimulus might also keep commodities and other higher-yielding assets supported.

The upcoming release of the natural gas inventory report from the Department of Energy could determine whether or not the uptrend could carry on. A reduction in stockpiles would confirm the pickup in demand and therefore lead to price gains while a build could signal that oversupply remains a concern.

Keep in mind that the cold weather also prevented cargo containers from shipping natural gas, which means that output is constrained.