Natural gas continues to trend higher above its rising trend line on the 1-hour time frame. Price appears to be finding buyers at this support level again and could set its sights back up on the next upside targets.

The 100 SMA is still above the 200 SMA for now to suggest that the path of least resistance is to the upside or that support is more likely to hold than to break. However, the gap between the indicators is narrowing to reflect weakening bullish momentum. A bearish crossover could draw sellers in and lead to a break of support, but price might also find some buyers a the moving averages’ dynamic inflection points. 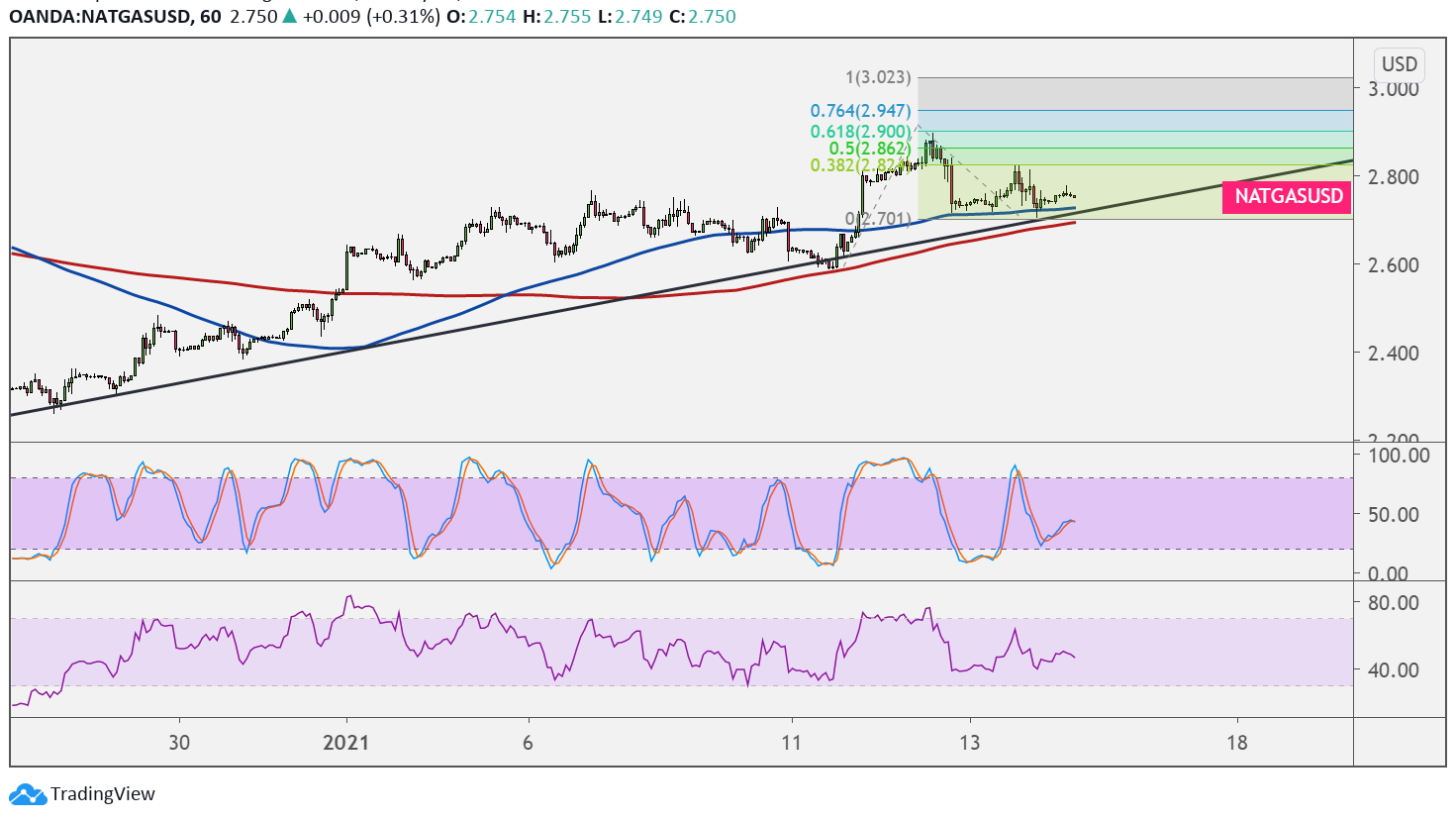 Natural gas has retreated from its climb as the disappearing cold vortex might sap demand for heating commodities. Still, the generally cold weather setting in across several parts of the US could be enough to keep the uptrend intact.

The upcoming release of inventory data from the Department of Energy could determine whether or not support would hold. A large reduction in stockpiles might lead to more upside as this would confirm that supply is constrained while demand is supported.

On the other hand, a build in inventories might signal that businesses and consumers aren’t ramping up purchases of heating commodities just yet. Risk sentiment could also play a role in commodity price action, with a pickup in demand for higher-yielding assets likely driving natural gas prices higher as well.