Natural gas continues to climb, moving above a much steeper trend line on its 1-hour time frame. Price is pulling back to this near-term support area which seems to be holding as a floor again.

A bounce could take it back to the latest highs just past the $5.600 level or higher. A break below the current levels, on the other hand, could mark the start of a reversal or a major retracement.

The 100 SMA is above the 200 SMA to indicate that the path of least resistance is to the upside or that the uptrend is more likely to carry on than to reverse. The gap between the indicators is also widening to reflect strengthening bullish momentum.

In the event of a trend line break, the moving averages might hold as dynamic support at the $5.200 level or $5.000 major psychological mark.

Stochastic seems to be bottoming out to signal weakening bearish pressure, but the oscillator has room to head lower before reflecting oversold conditions. RSI is treading sideways to reflect consolidation. 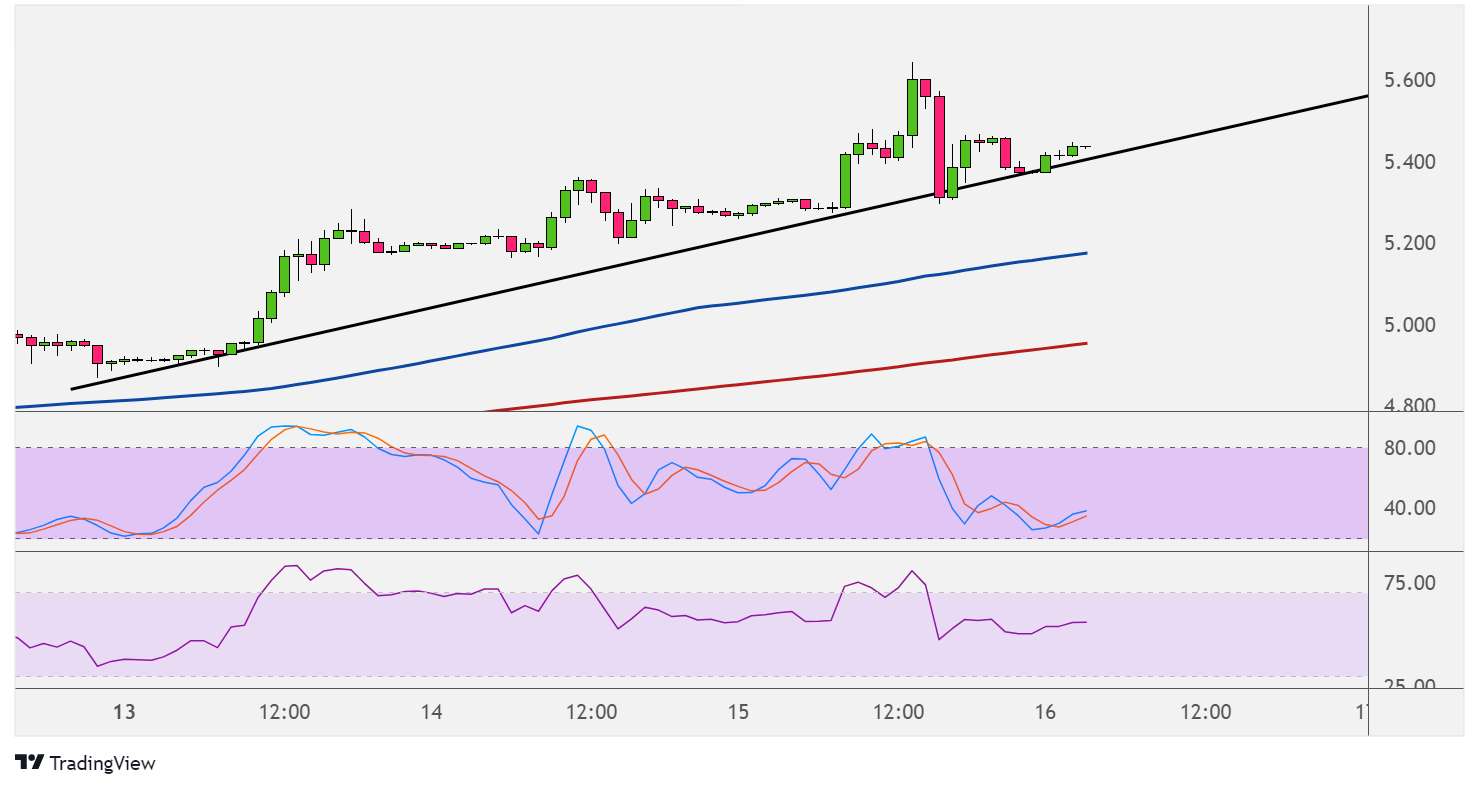 Natural gas remains on track to be at record high levels as the winter season draws near, likely driven by speculations of lower supply in the coming months. Keep in mind that majority of production remains offline after the recent weather disturbances, as damages to facilities have yet to be repaired.

However, the upcoming inventory report from the Department of Energy is estimated to show a build of 76 Bcf versus the previous 52 Bcf, reflecting weaker demand. After all, temperatures have been falling lately, limiting demand for cooling commodities as the summer season has ended.

Still, a smaller build could be enough to sustain the commodity price rally since this would signal that demand remained supported or that supply is very low.