WTI crude oil is back above the area of interest visible on the longer-term time frames, confirming that bulls have the upper hand. However, technical indicators suggest a buildup of selling pressure.

The 100 SMA is below the 200 SMA to indicate the presence of bearish momentum while the 200 SMA is holding as dynamic resistance. If this is enough to keep rallies in check, crude oil could slide back to the nearby support levels at $35-40 per barrel.

A break past the 200 SMA, on the other hand, could mean that buyers remain in control. Stochastic is indicating overbought conditions, though, or exhaustion among bulls. Turning lower would signal that bears are taking over.

RSI has some room to climb before reaching the overbought zone, which suggests that buyers might still have some energy for more gains. 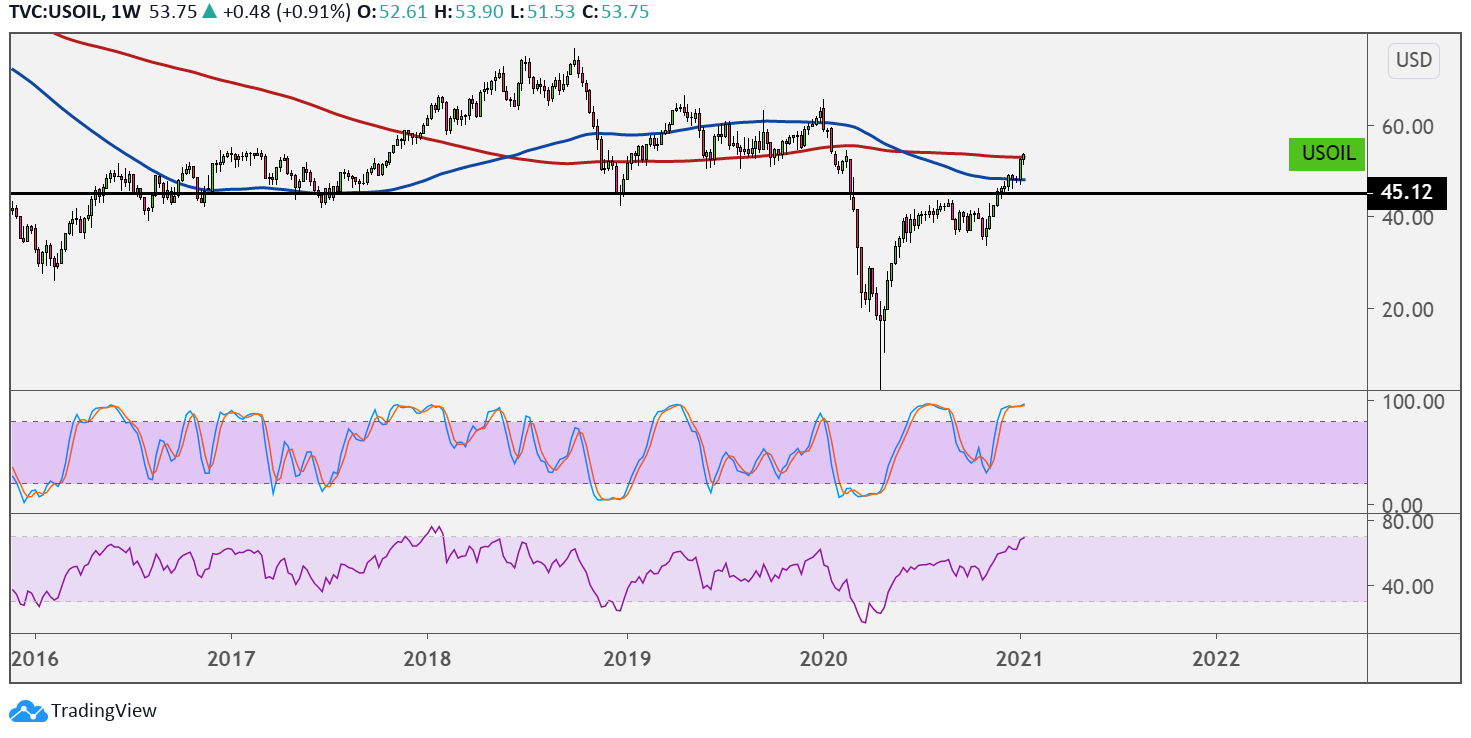 Crude oil enjoyed a strong boost as the American Petroleum Institute revealed a draw of 5.8 million barrels in stockpiles, reflecting a pickup in demand or drop in supply. This could mean that the Department of Energy report is also due to print a reduction in inventories.

A draw of 3.2 million barrels is eyed, smaller than the earlier drop of 8 million barrels. A larger than expected drop would signal that demand is stronger.

If so, the commodity could enjoy more gains as traders pick up on a possible longer-term climb for risk assets. The stimulus from the US government and the vaccine rollout might be enough to shore up risk-taking, along with easing political uncertainty as Trump is about to leave the White House.

A return in risk aversion, on the other hand, could force crude oil to return some of its recent gains. Another bout of political chaos might be enough to usher in risk-off flows, although the focus among commodities appears to be on the pandemic.