WTI crude oil is moving above a rising trend line on its 4-hour time frame and might be due for a pullback to support. The Fibonacci retracement tool shows where more buyers might be waiting.

The 61.8% level is closest to the trend line support and a former resistance level at the $50 per barrel major psychological mark. A shallow pullback could already find buyers at the 50% Fib at $50.80 per barrel or the 38.2% level at $51.38 per barrel.

The 100 SMA is above the 200 SMA to confirm that the path of least resistance is to the upside or that the climb is more likely to resume than to reverse. The 100 SMA dynamic support is also near the trend line to add to its strength as a floor.

Stochastic is turning lower to show that selling pressure is present, and the oscillator has plenty of room to go before indicating oversold conditions or exhaustion among sellers. RSI is heading south from the overbought zone and also has a lot of ground to cover on its move to the oversold region. 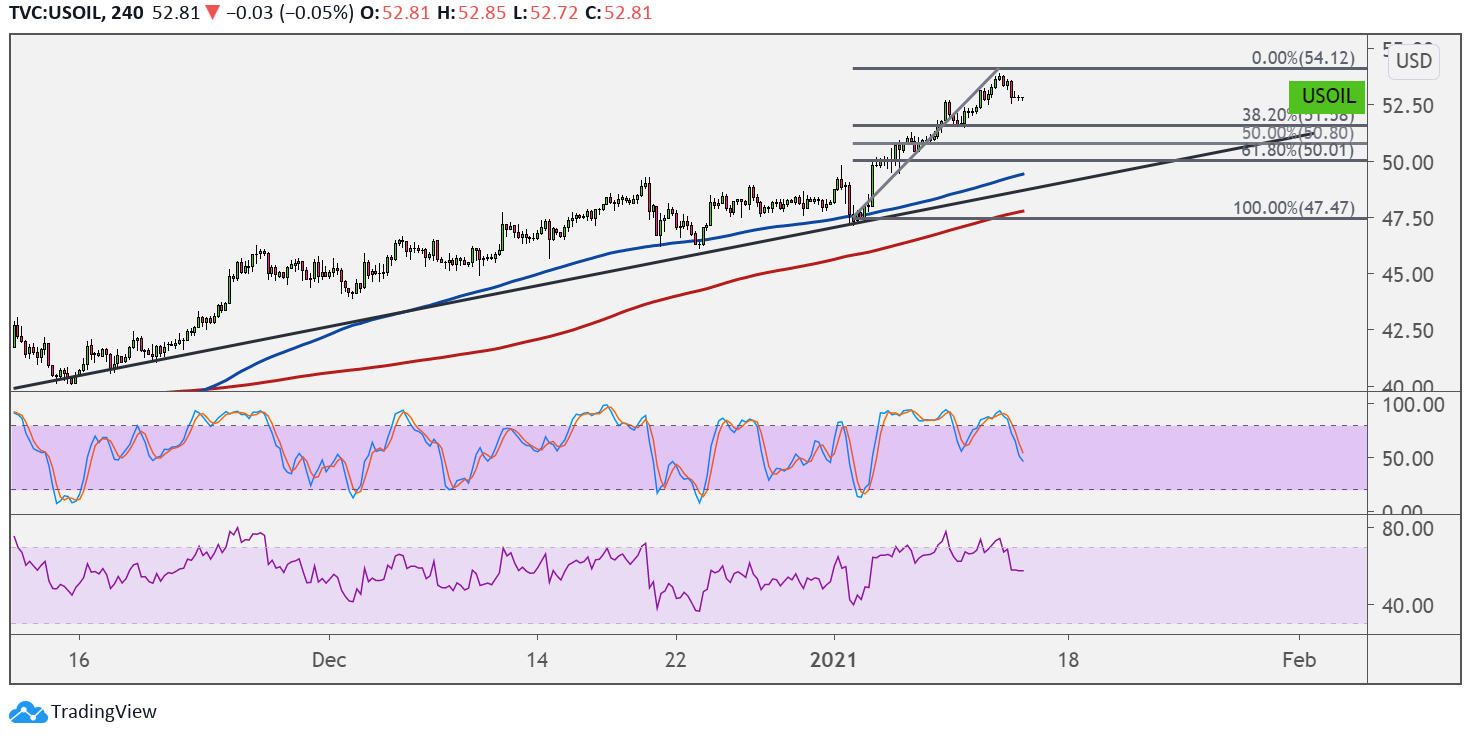 Still, this could be enough to keep the commodity supported as the draw is indicative of sustained demand. Risk appetite stemming from easing political uncertainty and the vaccine rollout might also be enough to boost crude oil, as traders anticipate an earlier return to normal business conditions.

A return in risk aversion, on the other hand, could spell some downside for crude oil as this could spur a flight to safety. Profit-taking ahead of the weekend and the Baker Hughes oil rig counts report due in a few days might also allow the correction to take place.