WTI crude oil is finding support at the mid-channel area of interest on the rising channel visible on its 4-hour time frame. Price has climbed to the first target marked by the Fibonacci extension tool.

The 100 SMA crossed above the 200 SMA to confirm that the path of least resistance is to the upside or that the climb could gain traction. These moving averages line up with the channel bottom to add to its strength as support. 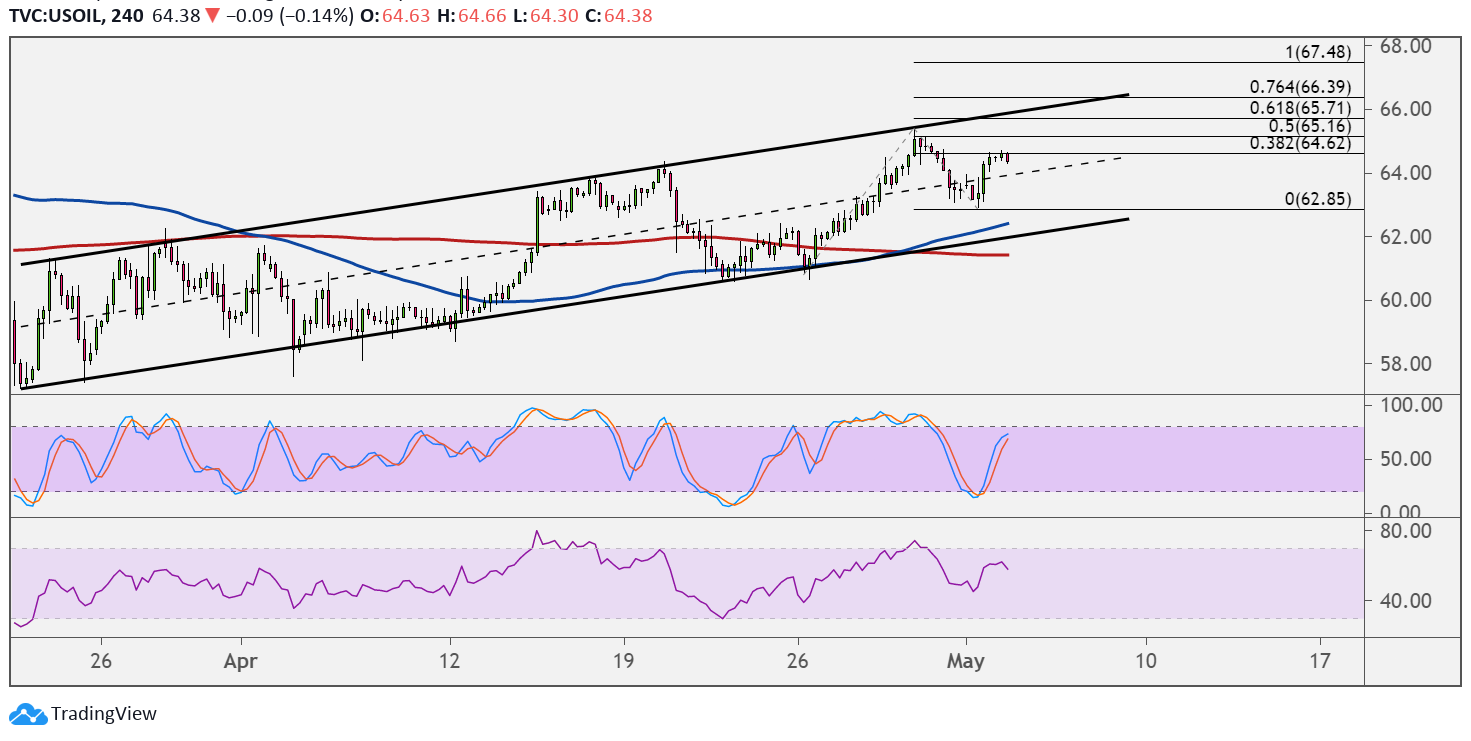 Crude oil could take cues from the upcoming inventory data from the American Petroleum Institute and Department of Energy. Recall that the earlier report from the EIA showed a small build of 0.1 million barrels, signaling a dip in demand, but the commodity price still climbed.

A draw this time could mean more upside for crude oil while a large build could signal weaker demand, likely leading to losses for the commodity.

In addition, risk sentiment could determine where commodity prices are headed next, given the number of top-tier catalysts lined up this week. Central bank decisions from Australia and the UK are scheduled, along with the release of jobs data from New Zealand, Canada, and the US.