Bitcoin Calm as Money Moves into Equities amid Trade Ease

Bitcoin continued in a horizontal direction as investors allocated capital to a better-looking stock market.

Bitcoin, on the other hand, managed to maintain a neutral bias against the ongoing macroeconomic developments. The benchmark cryptocurrency slipped 1.52 percent on Thursday – a nominal movement in the world of volatile crypto-assets – while trending sideways. It opened in negative territory ahead of the European market open on Friday, indicating slow and steady horizontal movements as investors put their capital in stock markets. 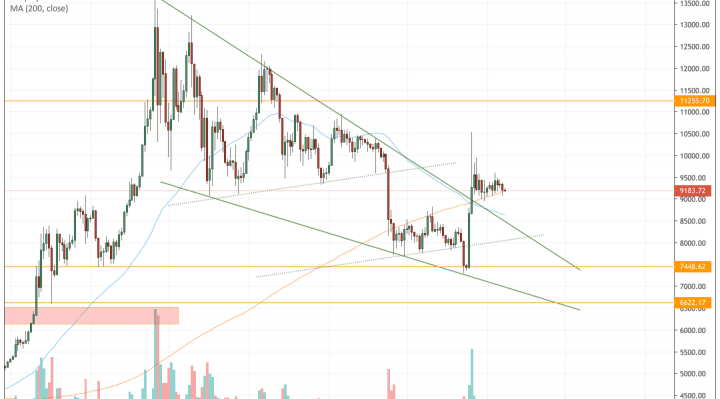 In the second quarter of 2019, bitcoin was among the only assets that benefitted the most from an escalating US-China trade war. The tit-for-tat tariffs discouraged investors from keeping their capital in risk-on markets, making bitcoin a natural choice for hedging given its non-sovereign, non-correlated status. The bitcoin-to-dollar exchange rate surged by more than 150 percent in Q2.

Now, when Beijing and Washington are working to resolve the dispute, analysts believe it could send bitcoin markets down. Clem Chambers of Forbes says the Chinese investors play an important role in determining the next bitcoin bias. Earlier, dwindling yuan coupled with state-imposed capital control laws prompted them to explore the cryptocurrency. But now, when the trade tensions are cooling off, it is likely they would offload some portion of their bitcoin holdings to participate in the booming regional equity market.

“The conclusion of the trade war could see BTC below $6,000,” said Mr. Chambers, albeit adding that “China going all-in on the blockchain could see BTC go off the dial.”