Bitcoin Could Swell Twice the Current Rate: Here’s Why

The bitcoin price could swell twice from the range it is trending in currently, according to Josh Rager.

The prominent cryptocurrency analyst theorized the explosive move after studying bitcoin’s price action between 2015 and 2016. Noting that the current price action is more or less a mirror of the trend pointed out across those two years, Rager said the pattern could double-up the bitcoin’s market valuation.

“The current structure reminds me of 2015/2016 when Bitcoin did a 2.5x from the bottom followed by 6 months of sideways. Then out of nowhere an almost 2x in price as Bitcoin slowly trended up to new highs.” 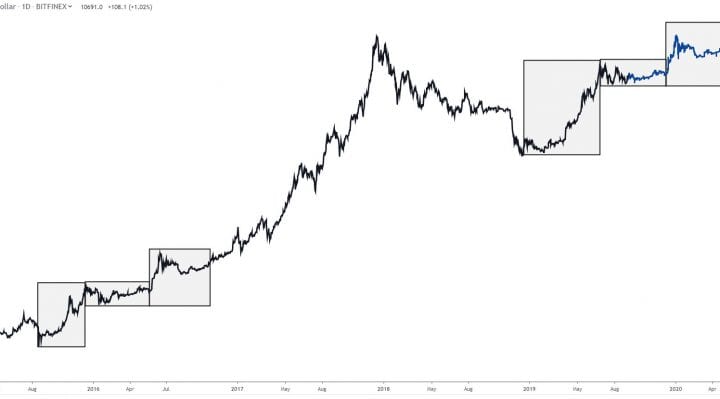 The analogy followed a significant downside correction in the bitcoin price. The cryptocurrency in late June established a 2019 top at $13,868.44, according to data provided by US-based Coinbase exchange. But it failed to continue the upside momentum and dropped by as much as 34.59 percent within two weeks.

Many analysts called for an extended downside action but bitcoin, supported by a string of in-house and macroeconomic catalysts, managed to consolidate within a symmetrical triangle pattern ever since, as shown in the chart below. 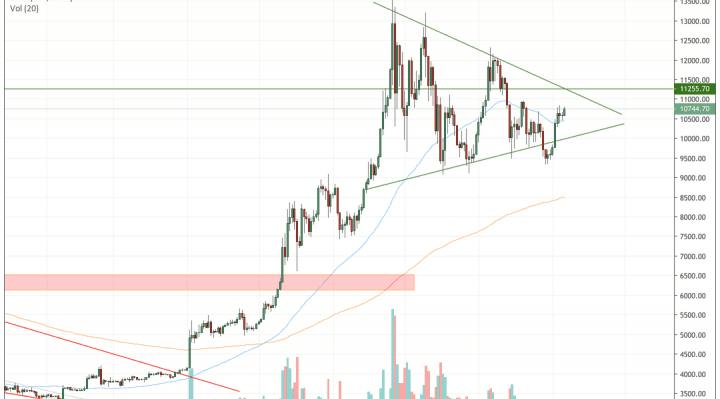 Rager believes the price is going to break out of its current consolidation action. The analyst earlier said that a 30-40 percent downside correction is natural in a strong bull trend. Bitcoin, having been risen by more 200 percent from its cycle low of circa $3,100, is in one of such wild uptrends, indicating that investors would be interested in purchasing the asset at local lows.

Rager sees the $9,000 level as one of such lows. He said it is likely for the asset to drop towards the stated range. And even if it breaks below $9,000, the next attractive entry point is near the $7,000 level — excerpts from his statement.

“If bitcoin price does break $9k, it’s not really any reason to panic as many buyers will likely step in by high $7ks. For me, it’s having to sit through weeks of down/sideways price which makes for a slow market. But patience is key.”