Bitcoin climbed above $10,000 in late Thursday trade, hitting a six-figure valuation for the first time in two months.

The benchmark cryptocurrency topped at $10,070 before correcting lower into the early Friday session. The pullback appeared like a profit-taking correction, saved by bulls holding key technical support levels above $9,500. The price was trading near $9,950 after the New York opening bell. 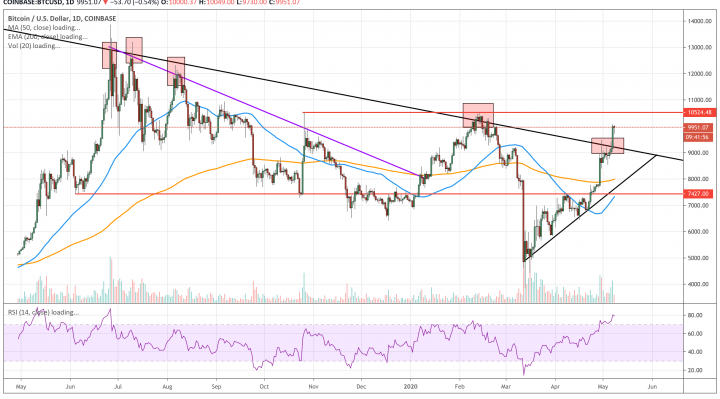 Bitcoin’s massive move above $10,000 came in the wake of a double-loaded optimism. Billionaire investor Paul Tudor Jones, who heads $22 billion hedge fund, offered the first scoop – by announcing that he would invest a small percentage in the bitcoin futures to offload inflation risks. 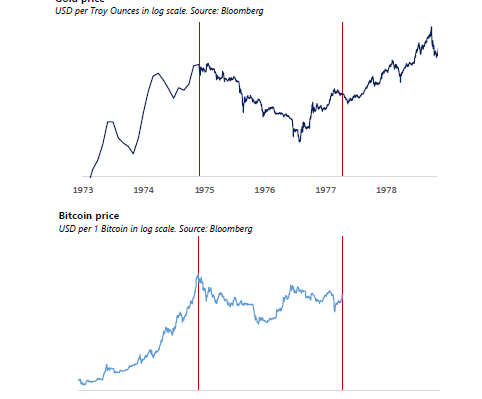 The veteran said in an investor note that he sees a lot of gold-like features in Bitcoin, adding that he expects the crypto to register fresh all-time highs in 2020 and beyond, just like Gold did after the launch of its first futures contracts in the lower mid-1970s.

“At the end of the day, the best profit-maximizing strategy is to own the fastest horse,” Mr. Jones wrote in an investment newsletter. “If I am forced to forecast, my bet is it will be Bitcoin.”

As usual, the bitcoin industry received Mr. Jones as their own, signifying the news as validation of bitcoin as a risk-on asset for Wall Street. They also cheered the news for its impeccable timing, for it came just four days ahead of Bitcoin’s mining reward halving – the second scoop.

After the 2020 Halving, Bitcoin will have a lower inflation rate than gold. pic.twitter.com/LjqouHRK9w

On May 12, the cryptocurrency’s daily supply rate will plunge by half – from 1,800 BTC to 900 BTC, that analysts believe would make bitcoin costlier. The narrative borrows fat from two similar events from the past, each of which led to surplus gains in the bitcoin market.

The sentiment ensures a few more days of continuous buying before the FOMO flattens out and influences bitcoin to correct. That could mean a smooth rally towards $10,500 – a level BTC failed to break back in February 2020, followed by a downside correction to retest the $9,500-$10,000 support range.

Meanwhile, an early pullback could have BTC test the range for a break towards the lower $9,000s.

Photo by Muzammil Soorma on Unsplash