Bitcoin is trading at around 38 percent premium rates on Argentina-based cryptocurrency exchange Ripio, according to independent sources.

Redditor Moustache Group confirmed that the bitcoin-to-dollar exchange rate went near $13,000 during the Tuesday trade. Meanwhile, the cryptocurrency was trading at around $9,200, per the data recorded across global cryptocurrency exchanges by CoinMarketCap.com. The stark difference between bitcoin’s regional and global rates showed that the demand for the cryptocurrency is trending higher in Argentina.

“In addition to the price premium, Argentina’s local bitcoin trading volume is also increasing,” noted Moustache Group. “According to Coin Dance’s data, [one] can see that the trading volume continues to rise. Recently, it has broken through 15 million Argentine pesos.”

The premium bids for bitcoin follow the recent economic turmoil in Argentina. The country has found itself caught in the middle of a political and economic crisis. The clean-sweep electoral victory for Alberto Fernández and Cristina Fernández de Kirchner, an ex-president, in August triggered wild sell-offs in Argentina’s equity and fixed income markets. It also left a huge dent on the dollar-denominated price of Argentinian Pesos.

In reaction, the country’s central bank decided to support pesos by dumping its foreign exchange reserves. The current administration under Mauricio Macri also imposed capital controls on its citizens, therefore limiting the amount of capital they could send outside Argentina. 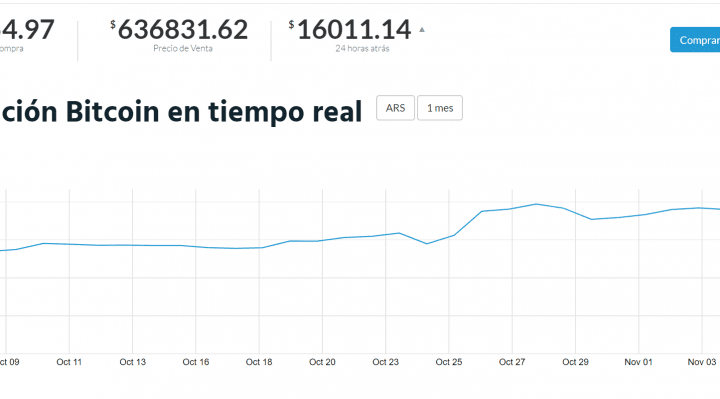 Rumors indicate that a portion of local traders decided to switch their Pesos for bitcoin to bypass capital restrictions. So far, people in Greece and China have reportedly used the same strategy to send money abroad without alerting authorities. Bitcoin, a non-sovereign asset, works away from the purview of governments and central banks, which makes it an attractive tool in times of economic crisis.

That somewhat explains why the demand for the cryptocurrency has surged dramatically in Argentina. It is now leaving a mark on its local prices, thereby also creating an arbitrage opportunity for global traders to sell their bitcoins in the region.