The Super-Bullish Bitcoin Technical Indicator is Back

The bitcoin market is witnessing a super-bullish narrative on its long-term charts.

The world’s leading cryptocurrency by market capitalization lately formed a Golden Cross on its 3-day chart for the first time in more than three years. The candlestick pattern’s significance is immense in the history of several financial markets, including stocks and commodities. It appears when an asset’s short-term moving average crosses above the long-term moving average. The pattern indicates the potential of a significant price rally. 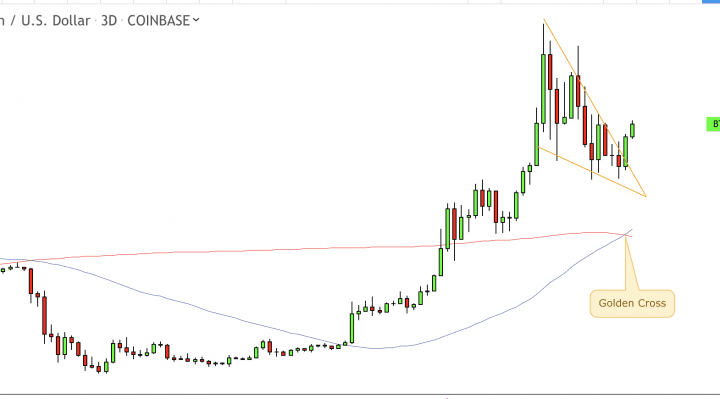 The last time bitcoin formed a Golden Cross was in January 2016. At that time, the cryptocurrency was trading in a range defined by $350-400. Slowly but steadily, it developed an upside momentum while retaining the Golden Cross pattern. At the end of December 2017, the bitcoin price had established an all-time high of $20,000. That pushed its gains to more than 6,500 percent, as measured from January 2016 low.

The Golden Cross stayed activated even during the bitcoin’s downtrend in 2018. It was not until November 15 – the day of Bitcoin Cash blockchain fork – the pattern flipped into a Death Cross. The bitcoin price, in response, established a bottom around the $3,100 level.

The 1D Golden Cross Proved Its Worth

The Golden Cross on the bitcoin 3D chart followed a similar candlestick formation on the daily one. Earlier in May, the 50-daily moving average crossed above the 100-daily moving average when bitcoin was trading at $5,363. Following the crossover, the bitcoin price established a year-to-date high towards the $14,000 level in June. The daily Golden Cross remains valid. 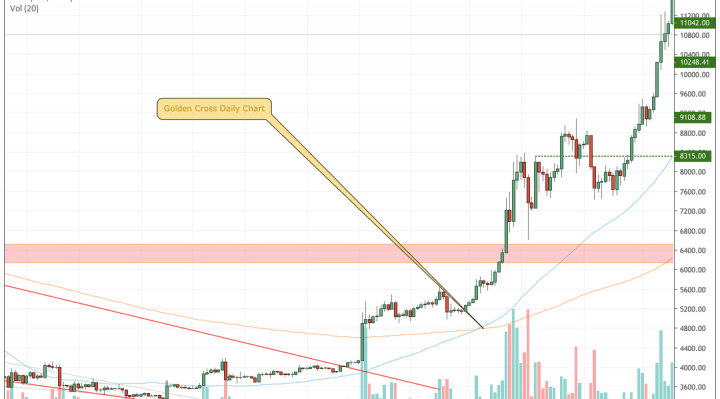 The bullish pattern has visibly engulfed larger timeframes as it continues to stay active on charts of smaller periods. That indicates that bitcoin’s upside bias, in the long run, is stronger than before. That coincides with a string of market fundamentals, including a Fed rate cut, the US-China trade war, Bakkt launch, as well as bitcoin’s halving event next year. Each one of those factors is playing an active role in projecting bitcoin as a profitable asset.

At the same time, the cryptocurrency is expecting regulatory hurdles as its adoption goes up. India, the world’s sixth-largest economy, is discussing the potential of a crypto ban. In the west, US President Donald Trump has expressed that he is not much of a fan of bitcoin because it has no intrinsic value. Trump’s staff, the US Treasury Secretary Steven Mnuchin, has warned that the cryptocurrency would not survive even the next five to six years.